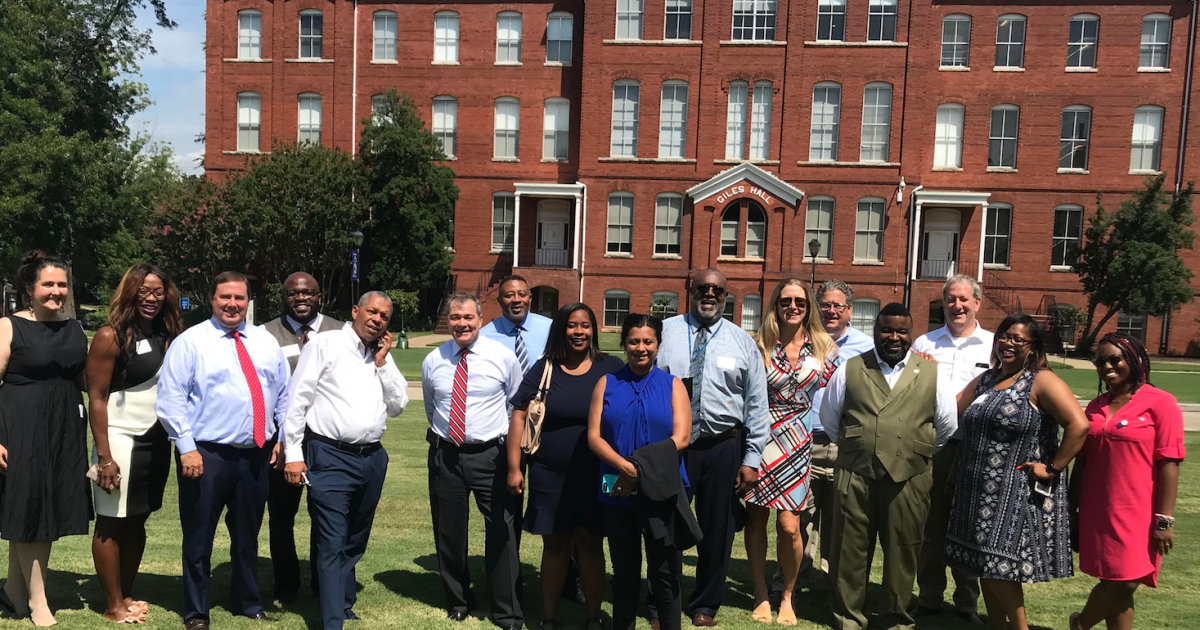 The 30314 ZIP code of west Atlanta, home to the neighborhood of Bankhead, is one of the most energy-burdened zip codes in the city. Residents pay five times more for electricity and gas than their neighbors in Buckhead in north Atlanta do, despite making an average annual income that is five times less, according to a 2021 report by Southeast Energy Efficiency Alliance.

The ZIP code also happens to be home to the Atlanta University Center (AUC), the world’s oldest and largest association of historically Black colleges and universities that includes Spelman College, Morehouse College, Morehouse School of Medicine and Clark Atlanta University. Morehouse College is the future location of a first-of-its-kind on-campus resilience center that will be supported by a solar-powered microgrid. In the event of a grid-scale power outage, the resilience center is being designed to operate on battery-stored solar power, providing essential resources to students and residents of the surrounding community.

Groundswell, a nonprofit focused on building community energy resilience, initiated the project in late 2019 in partnership with the AUC and Partnership for Southern Equity, an Atlanta-based nonprofit that advances racial equity and shared prosperity through policy and institutional actions. Formally called Breaking Barriers, the initiative also includes the development of another independent community resilience center to be located in the west Atlanta community, one that will also be powered by solar generation and backed up by battery storage.

People and organizations tend to think about resilience within their 4 walls … How do we bring our neighbors in and understand what their needs and priorities are, and do this together?

The project developers said the designs and business plans for the resilience centers and solar-powered microgrid were completed in September, and they are in the process of obtaining funding for construction. Project developers are aiming to source funding from tax equity investments, philanthropic support and innovative sources of mission-aligned financing that are specifically available to clean energy projects.

“The opportunity with Breaking Barriers was to create this tangible expression of energy equity,” said Chandra Farley, founder of the Good Energy Project and previously the Just Energy program director at Partnership for Southern Equity.

Energy equity is the fair distribution of the benefits and burdens of energy production and consumption. In Atlanta, low-income residents face the fourth-highest energy costs as a percentage of their income of any city in the nation, and over 35 percent of Black and Hispanic households in Atlanta experience a high energy burden, according to the American Council for an Energy-Efficiency Economy.

According to Michelle Moore, CEO of Groundswell, in addition to alleviating this energy burden during times of emergency, the Breaking Barriers resilience centers are being designed to serve as a model for the development of similar projects elsewhere, particularly because of the project developers’ approach towards bringing multiple key stakeholders, such as the state energy utility and local community members, to the table.

Because Georgia has a regulated energy market, the Breaking Barriers organizers needed to work closely with Georgia Power, the state’s primary electric utility. “We were very grateful to have the utility at the table,” Moore said. “Their engineering team was essential to understanding how a resilience center that included solar and storage on a microgrid would function within the context of the utility infrastructure in the neighborhood.”

Resilience centers are intended to serve communities, so from the start, the developers of Breaking Barriers sought to engage west Atlanta community members in the project planning process.

“People and organizations tend to think about resilience within their four walls,” Moore said. “From the very beginning, the way that the AUC approached this project with us was that the AUC is a part of a broader community. How do we bring our neighbors in and understand what their needs and priorities are, and do this together?”

Farley and other organizers at Partnership for Southern Equity played an integral role in helping the project gain community buy-in and giving community members a seat at the table to provide input. Although COVID-19 disrupted the project organizers’ plans to host in-person community meetings, they were still able to organize 17 neighborhood meetings over Zoom and bring together over 200 participants from the west Atlanta community, according to Moore.

Community members were able to ask technical questions of representatives from NREL and take part in a community visioning process to decide which essential services they needed the most at the resilience center. Based on community members’ input, the completed center will provide the community with up to eight hours of battery storage in the case of a power outage, water and bathroom access, heating and cooling services, refrigeration and cell phone and electronic device charging services, among others.

The choice of the AUC as the anchor institution for Breaking Barriers was clear to Farley from the beginning, as was the choice of Arthur Frazier, director of facilities management and services and co-chair of Sustainable Spelman, as a key collaborator. “[Spelman is] not just one of the greenest Black colleges in the nation, they’re one of the greenest campuses in the nation,” Farley said.

With Frazier as an adviser, Breaking Barriers project developers spent two months identifying potential locations on the AUC’s combined campuses for a solar installation, and settled on a parking deck on Morehouse College’s campus.

When confronted with the technical challenge of creating a microgrid with several possible configurations, the team leaned on NREL’s expertise to narrow down its options. Among the factors to consider were the campuses’ interest in consuming at least some generated solar power instead of exporting all of it to the grid and the requirement that the system have full microgrid capabilities, including being able to island from the grid and the photovoltaic system being able to charge the batteries when islanded.

Project developers have not finalized microgrid design plans yet and are deliberating between three battery capacity options: eight hours; 12 hours; or 24 hours. Twelve hours of backup power would require a battery with 400 kilowatts/4,800 kilowatt-hours of storage capacity, according to project developers. An increase in the duration of desired backup power would correspond to an increase in project costs, driven by the battery capacity that would be needed.

The concept of a university as a resilience hub for the surrounding community is a lesson that companies can use when considering the “S” in ESG, according to the organizers. “Think of yourself as a neighbor,” Moore said. “Ask yourself, how can I be a good neighbor, not just how can I meet my sustainability goals.”

“The question I get a lot from the corporate side is, ‘How do you partner with the community?’ like it’s this mysterious thing,” Farley said. “We’re already doing it in a lot of different ways. Maybe you did a cleanup day with your community. Think of those people as people you could partner with on innovative projects like [Breaking Barriers]. They can introduce you to the deeper neighborhood associations and community influencers to start having those conversations.”

During a time when extreme weather events threaten to cause widespread power outages and uproot the lives of millions, resilience centers with essential resources will become more important for community well-being. And as more companies begin to consider adopting microgrid technology to ensure the continuity of their own operations, there is a huge opportunity to extend the luxury of continuity and provide safety to the citizens in these companies’ neighborhoods.

When working with local communities, “You always want to be mindful of not being extractive,” Farley said. “Always ask the question of who benefits and why.”