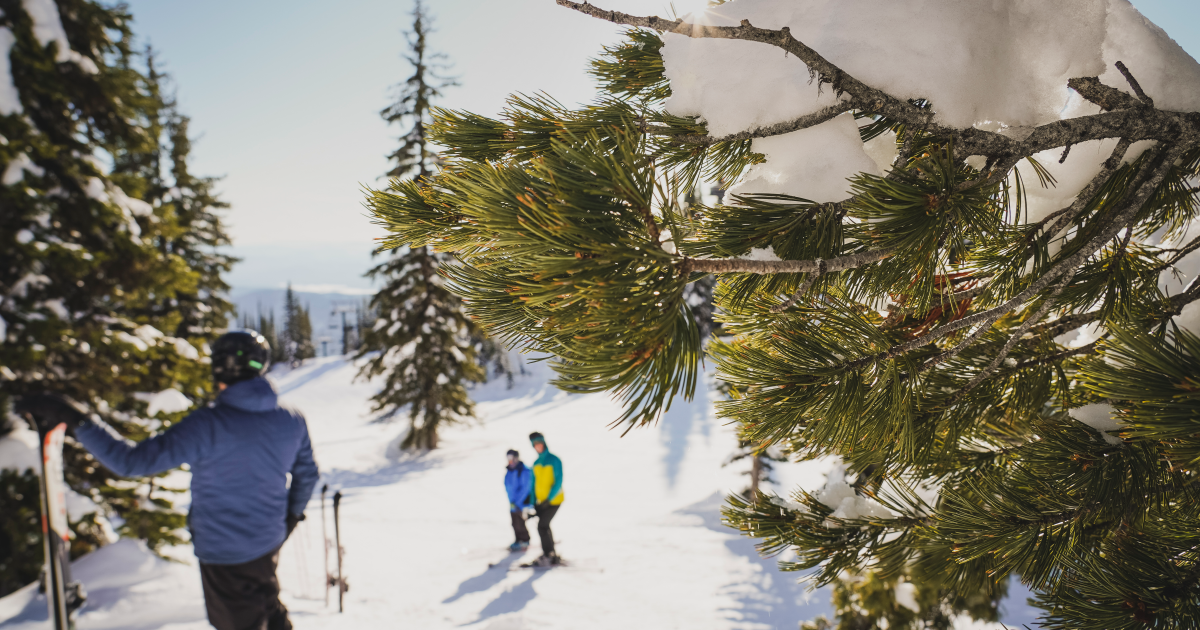 This article is sponsored by American Forests.

In August, two American Forests researchers spent a week clocking 15-mile-a-day hikes in Idaho’s remote Beaverhead Mountains, on the hunt for an increasingly rare treasure. There, among the perfumed sagebrush, the team found its prize: Whitebark pines, some flecked in lichens and scarred by fire, others sculpted into wild forms by centuries of gusting wind.

Whitebark pine (Ppinus albicaulis) is an iconic tree of western mountains, the last species a hiker in Glacier National Park or a skier in the Northern Rockies will see before the tree line. They’re “the linchpin that holds these ecosystems together,” said Libby Pansing, one of the research team’s members, and senior manager of forest and restoration science at American Forests. Hardy enough to thrive in conditions that might kill other trees, whitebark pines help create high-elevation forests that support dozens of species, from subalpine fir to elk and grizzly bear.

Tough as they are, though, time is running out for whitebark in the Beaverhead Mountains and beyond. Pansing recorded pines with orange cankers on their branches or trunks and other signs of infection from a nonnative disease called white pine blister rust. Return in 10 years, Pansing said, and many of these trees may be dead.

It’s a scene that’s being repeated across the western United States, as the disease leaves behind “ghost forests” of bone-white pines. In some spots, upwards of 90 percent of whitebarks have died. The species has also been weakened by climate change, which has exacerbated droughts, wildfires and bark beetle outbreaks. The situation is so grim that the U.S. Fish and Wildlife Service will likely list the whitebark as “threatened” under the Endangered Species Act this winter — an unusual step for a tree, and a particularly unusual one for a species that has such a vast natural range across seven states.

There is hope, however, hidden in the genes of a few lucky pines. So-called “elite” whitebarks exhibit natural resistance to blister rust and pass on this resistance to their offspring. But because elite trees are few and far between, they won’t be able to repopulate the landscape without help. That help, whitebark experts agree, must come in the form of large-scale programs to identify, propagate and plant disease-resistant whitebark by the millions.

American Forests, the country’s oldest forest conservation organization, is taking a comprehensive approach to save whitebark pine from extinction. The organization advocates for sound, science-based policies such as increased funding for blister rust-resistant reforestation and carries out on-the-ground whitebark restoration projects with partners including Montana’s Flathead National Forest and the Bureau of Land Management in Idaho and Montana.

Now, the organization has its sights on an even bigger undertaking. Along with the Whitebark Pine Ecosystem Foundation and USDA Forest Service, American Forests is crafting a sweeping, ambitious, national plan to bring back whitebark woodlands across the western U.S.

As part of this plan, dozens of land management jurisdictions — including national parks, tribal lands, national forests and Bureau of Land Management districts — will identify core parts of their whitebark pine landscapes that need restoration. Next, the land managers will outline what actions they need to take to restore these core areas, whether that’s planting rust-resistant seedlings, thinning competing trees or hanging up pheromone packets to repel bark beetles, which can kill drought-stressed pines.

“It’s a unique grassroots movement,” Pansing said, “that we haven’t seen for the approach to recovery of other species.”

This plan — which will support the Fish and Wildlife Service’s recovery planning — will ultimately lay out the activities and money needed to restore whitebark from California to Wyoming. A broad spectrum of funders, from foundations to corporations, have supported whitebark pine restoration efforts in specific locations. But the scale of a national plan will require much more, with needs ranging from funding for research to tree planting and staff time.

The national recovery plan means more than just saving a special tree. Whitebark pine seeds support 40 species of bird and mammals, including the Clark’s nutcracker, which targets these fat-rich treats and stores them in areas including recently burned forests. This ancient relationship between bird and tree is the major mechanism for whitebark pine seed dispersal and regeneration.

Many species use the whitebark pine’s seeds for nourishment. Grizzly and black bears, for instance, feed on whitebark seeds to fatten up for winter. On top of this, the pines’ shaggy, umbrella-like shape shields less-hardy plants from blazing mountain sun and harsh, desiccating winds. This same spreading shape also creates snowbanks during the winter and shades snow in the warmer months — building a store of fresh water that’s particularly important as climate change heats up and dries out the West.

Even though Pansing has seen the skeletons of many whitebark pine stands killed by white pine blister rust over her years as a researcher, she’s optimistic for the future.

“It’s dire,” she acknowledged. “But we know what to do, we know how to address it, and it’s eminently feasible if we have the funds to do it.”

For more information about efforts to save the whitebark pine and other forest restoration initiatives, contact [email protected]americanforests.org.