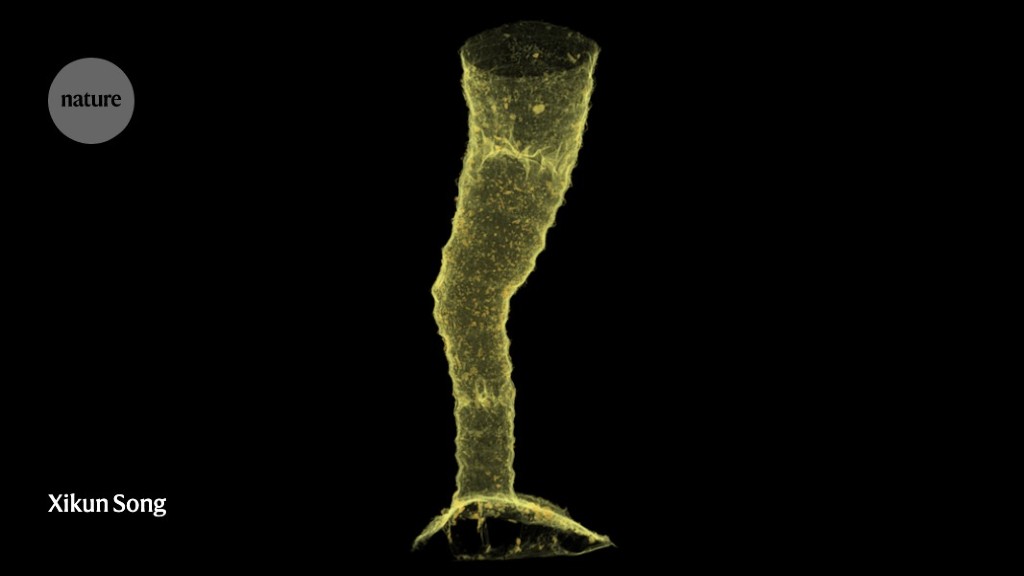 Discarded plastic is a marine menace, entangling whales and filling seabirds’ stomachs. But deep-ocean plastic dumps can be havens of biodiversity.

Xikun Song at Xiamen University in China, Xiaotong Peng at the Chinese Academy of Sciences in Sanya and their colleagues dispatched crew members in a submersible to study plastic debris that had accumulated deep in a trench in the South China Sea. Previously described debris ‘dumps’ in the trough held as many as 52,000 pieces of plastic — such as bags, bottles and food wrappers — per square kilometre.

The researchers collected 33 pieces of plastic at depths of 820–3,200 metres. A survey of the items found that they were carrying nearly 1,200 individual organisms representing 49 species of bottom-dwelling organism. Prominent among them were jellyfish polyps — a stage of the animal’s life cycle in which it is fixed to a surface — and the juveniles of shelled organisms called brachiopods, but the team also found free-living creatures such as deep-sea snails and parasitic flatworms.

The authors suggest that these plastic dumps provide refuge for a variety of sea-floor organisms. The effects of this habitat expansion could cascade up the marine food chain.

REAL TIME – Corona Virus Statistical Data (Worldwide)
Inside a Treadmill
‘WandaVision’ is so popular it caused Disney+ to crash in the middle of the night
Facebook blocked charity and state health pages in Australia news ban
Taking graphene out of the laboratory and into the real world
Google’s program for Black college students suffered disorganization and culture clashes, former participants say