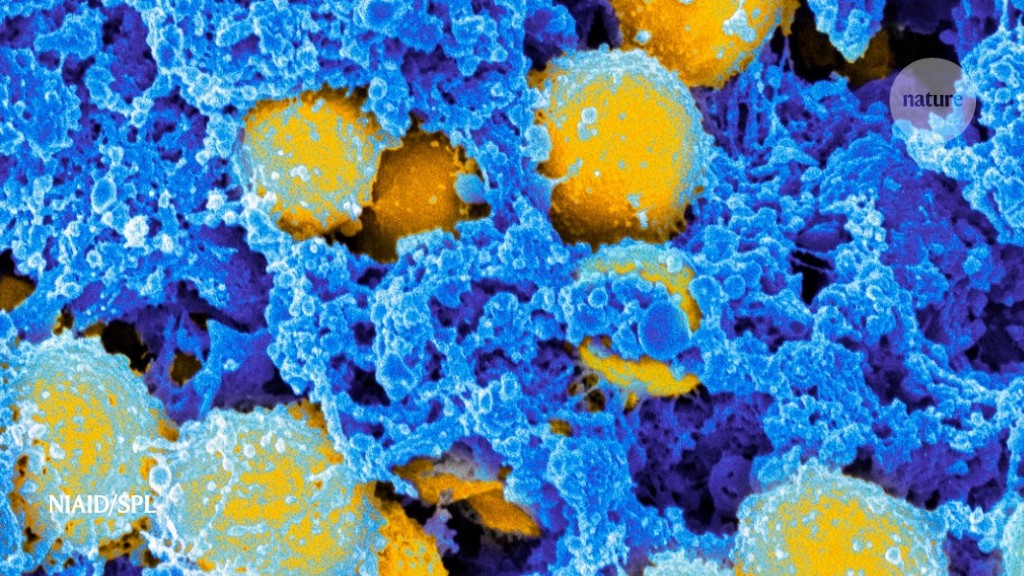 Disinfecting the surfaces in a hospital room could be as easy as flicking on the lights, thanks to a light-activated antibacterial coating.

Several dyes are known to have antibacterial activity, and adding zinc oxide, gold or silver catalysts can enhance this effect. But the activation of such compounds usually requires strong illumination, such as that found in an operating theatre — or even laser light.

Ivan Parkin and his team at University College London developed a coating containing a dye called crystal violet. The team also added gold clusters only a few atoms wide, rather than the larger gold complexes used in other antibacterial materials.

The resulting compound is activated by exposure to a few hours of illumination at 312 lux, a normal level of lighting in hospital rooms. Illumination triggered a chemical reaction between the gold nanoclusters and the dye that produced hydrogen peroxide, the same bactericide used to clean contact lenses.

When applied to a surface such as a table, the team’s compound showed antimicrobial activity against Staphylococcus aureus and Escherichia coli, microbes that are common causes of hospital-acquired infections.