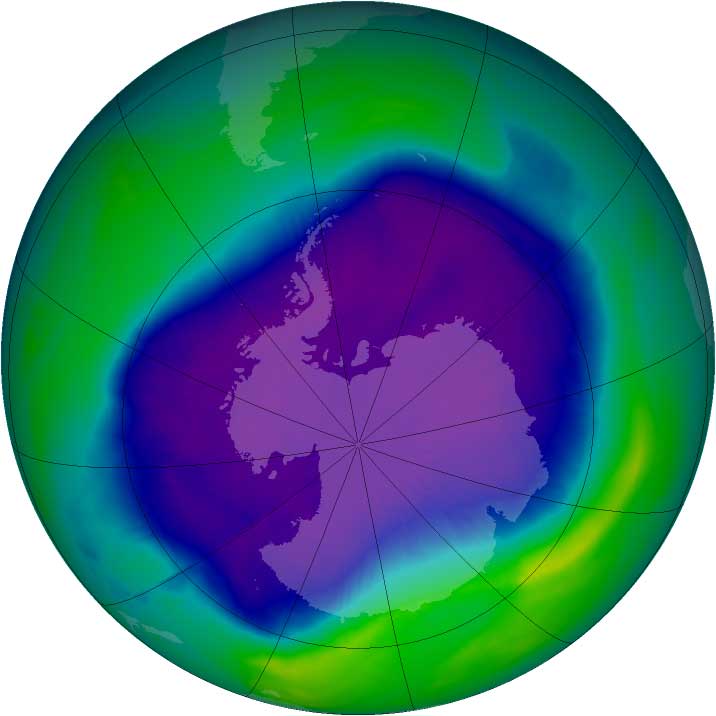 An ozone layer erosion that occurred 360 million years ago has resulted in mass extinction. The said event that is characterized by a damaging burst of ultraviolet radiation has killed off many of the Earth’s freshwater animals and plants.

Researchers from the University of Southampton have found evidence that intense ultraviolet radiation has destroyed the forest ecosystem during this time. This fatal breakdown of the ozone layer was an effect of the changes in the temperatures and climate cycle of the Earth, causing the mass extinction of many plant and animal species.

Evidence from the study shows that instead of a substantial volcanic activity or asteroid, the primary cause of the mass extinction at the commencement of the Devonian geological period was destructive UV radiation. This catastrophic UV radiation eruption was part of one of the Earth’s climate cycles. The collapse of the ozone layer happened at a time when the climate warmed rapidly.

The researchers have issued warning that at present, a similar scenario may also occur given that the Earth is going towards global temperatures that are as extreme. These temperatures are identical to the global temperatures 359 million years ago that were a result of climate change and the intense warming of the planet.

Professor John Marshall, one of the lead scientists of the study, said that present computations and estimates suggest that a similar collapse of the ozone layer may occur again. Global temperatures at present may reach those of 360 million years ago.

One of the possible effects of ozone layer erosion is the exposure of shallow sea life and the global surface to deadly radiation. This tendency may lead to current climate change status to a climate emergency.

The research gives scientists an overview of what killed off most of the Earth’s plants, species of tetrapods and fish, and other four-limbed ancestors. Professor Marshall said that the brief disappearance of the ozone layer coincides with the Earth’s warming.

Researchers have collected rock samples from polar regions and in South America close to the South Pole during the Devonian geological period. Upon dissolution of the rock samples, microscopic plant spores have been preserved for hundreds of millions of years, showing bizarre spines on their surface, which is a response to UV radiation damaging its DNA. Apart from the thorns, plenty of the spores have dark pigments on their walls, which might be considered as a protection against damaging UV radiation levels.

There have been several mass extinctions in the past, and one of the most famous is the one caused by the asteroid hitting the planet more than 60 million years ago. The said event resulted in the extinction of dinosaurs.

Other mass extinctions were caused by large-scale volcanic activity that has resulted in the destabilization of the Earth’s oceans and atmosphere. With the stark comparison between past and current global temperatures, climate change can cause the depletion or temporary vanishing of the ozone layer. With this, another mass extinction is not impossible.