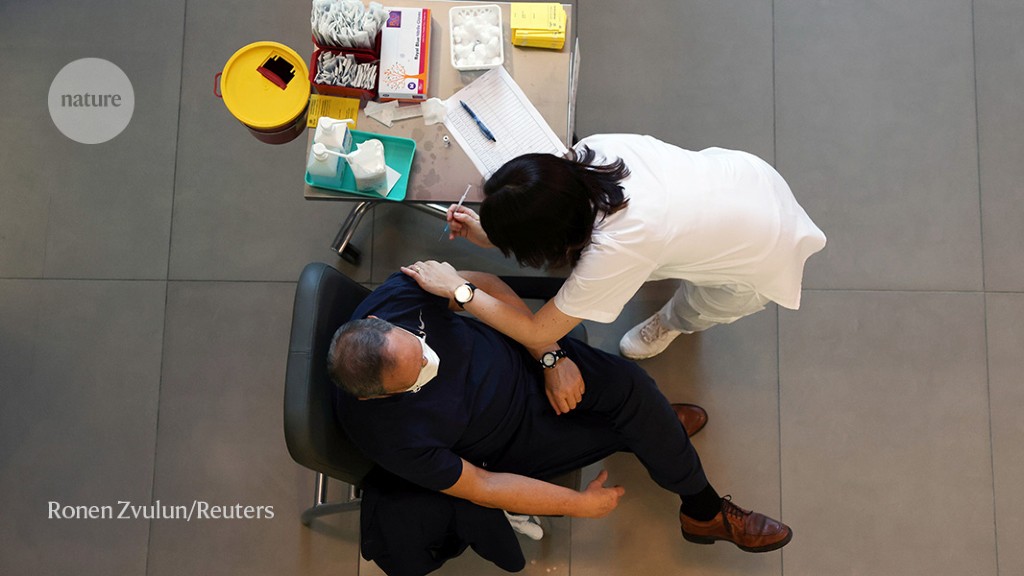 As countries worldwide roll out COVID-19 vaccines, researchers are eagerly watching for early signs that they are having an impact on the pandemic. Last week, researchers in Israel reported preliminary figures suggesting that people vaccinated there were about one-third less likely to test positive for SARS-CoV-2 as people who had not received a shot. But scientists say that population-wide effects of immunization will take time to become clear.

Many factors will determine how soon scientists can detect the impact of vaccines on the pandemic. Among them are the extent of vaccine coverage, the effectiveness of shots at preventing disease and infection, and the rate of viral transmission.

Israel and the United Arab Emirates are leading the world in vaccine coverage. The two nations have vaccinated roughly one-quarter of their populations — more than two million people each. Other nations, such as the United Kingdom and Norway, have targeted their vaccination programmes at high-risk groups. Britain has vaccinated more than 4 million people, mostly health-care workers and older people, including those living in care homes; Norway has immunized all residents living in nursing homes, some 40,000 people.

The results from Israel are among the first to report the impact of vaccines administered to people outside clinical trials. They provide an early indication that the two-dose RNA-based vaccine developed by Pfizer–BioNTech can prevent infection or limit its duration in some vaccinated people.

In a preliminary analysis of 200,000 people older than 60 who received the vaccine, compared with a matched group of 200,000 who did not, researchers found that the chances of testing positive for the virus were 33% lower two weeks after the first injection.

“We were happy to see this preliminary result that suggests a real-world impact in the approximate timing and direction we would have expected,” says Ran Balicer, an epidemiologist at Israel’s largest health-care provider, Clalit Health Services, in Tel Aviv. He expects to get more conclusive results several weeks after people receive their second shot.

Another analysis, by Maccabi Healthcare Services, found a similar trend, although neither study has been peer-reviewed.

Clinical trials of the Pfizer–BioNTech vaccine show it to be around 90% effective at preventing COVID-19, and the preliminary data suggest it can also provide some protection from infection. But it will take longer to establish whether vaccinated people no longer spread the virus to unvaccinated people, says Balicer.

As more than 75% of older people in Israel have been vaccinated, Balicer says he expects to see a drop in hospitalizations among vaccinated older people over the coming weeks.

Most countries are prioritizing COVID-19 vaccinations for people who have a high risk of getting severe disease and dying. So, the first evidence that shots are working in those countries will probably be reductions in hospitalizations, and then in deaths, says Alexandra Hogan, an infectious-disease modeller at Imperial College London.

If vaccines are effective at preventing infections, then their indirect benefit — protecting unvaccinated people — will only be visible once enough people have been immunized, says Natalie Dean, a biostatistician at the University of Florida in Gainesville.

Israel will probably be the first country to see this kind of population-wide impact, say researchers. This is because it is using a high-efficacy vaccine and aiming for wide coverage with the explicit goal of achieving herd immunity, when enough people are immune to a virus for its spread to be controlled.

In some places, the first signs of indirect protection might emerge in specific groups who have been widely vaccinated, such as health-care and long-term care workers and their families, says Dean.

But teasing apart the population-level effects of vaccines on a drop in COVID-19 cases from the impacts of other public-health interventions, such as social distancing and lockdowns, will be tricky. “Infectious diseases are very unpredictable — so you end up needing a lot of data to smooth out a lot of unpredictability,” says Dean.

The effect of vaccines on reducing overall COVID-19 infections will be more difficult to ascertain in regions such as Norway, which have largely brought the virus under control, says Hogan.

Yet rampant transmission also complicates such investigations, until countries reach high vaccine coverage, adds Dean. Vaccinated health-care workers, for example, might be able to protect their families from infection, but when the virus is everywhere, there will be lots of opportunities for it to enter a household, she says.

Israel aside, vaccines will not have an impact on viral spread any time soon, says Raina MacIntyre, an epidemiologist at the University of New South Wales in Sydney, Australia. “Many other countries are using much lower-efficacy vaccines, which are unlikely to control infection,” she says.

Modelling work by Hogan shows that vaccines that are less effective at preventing infection will have a smaller impact on transmission in the population. “But even with an imperfect vaccine, that population-level impact on deaths could still be quite substantial,” she says.