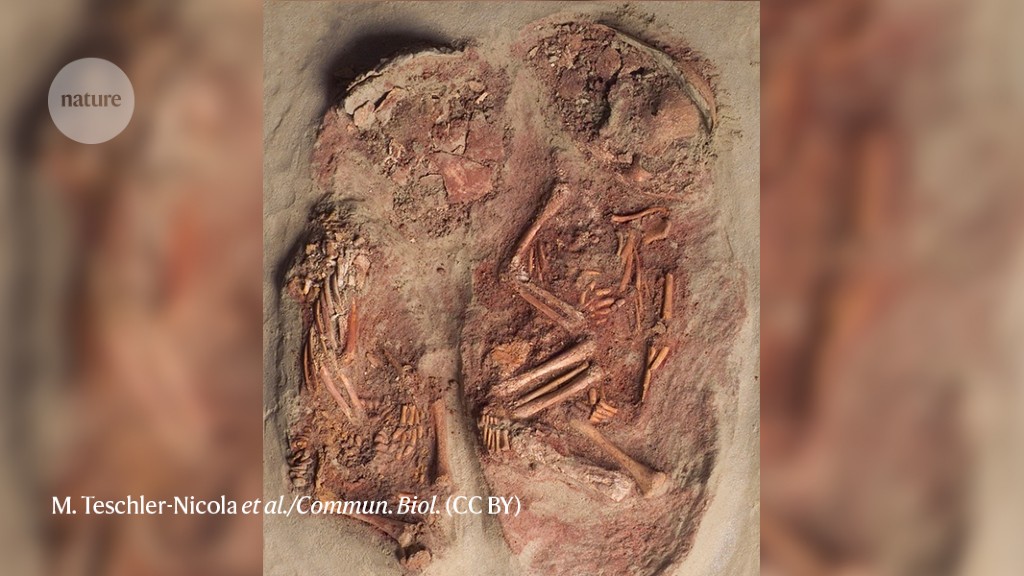 Ancient DNA has revealed that two baby boys carefully buried in the same grave more than 30,000 years ago were identical twins — the most ancient known from the archaeological record.

Maria Teschler-Nicola at the Natural History Museum Vienna, Ron Pinhasi at the University of Vienna and their colleagues examined two skeletons buried under a mammoth’s shoulder blade at a site in Austria called Krems-Wachtberg, where hunter-gatherers camped 31,000 years ago.

By comparing DNA in bone fragments with that from other recently discovered remains from the region, the researchers revealed that the skeletons belonged to twin boys. One died at birth, but the other lived for about 50 days and was added to the grave later, according to an analysis of teeth embedded in the babies’ jawbones and the babies’ positions in the burial site.

Both babies were buried with precious items: a necklace hung with snail-shell pendants for the newborn and a string of mammoth-ivory beads for the twin who survived for longer. A third boy, a three-month-old relative, was buried nearby.