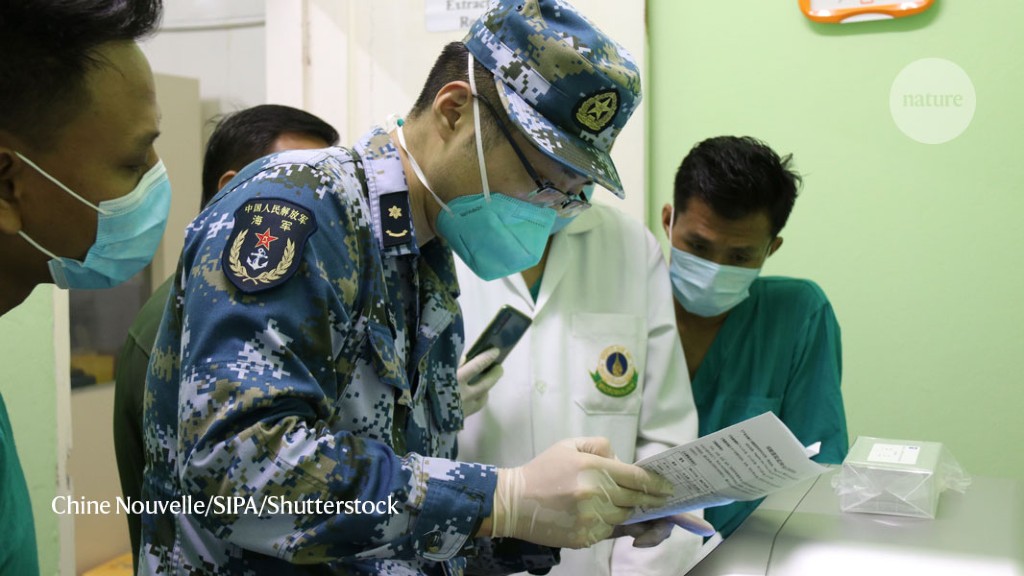 The largest armed force in the world, China’s People’s Liberation Army (PLA), is not known for its cutting edge medical research. But since 2015, it has ramped up recruitment of scientists, and investment in the field as part of its strategy to modernize its military. Now, the coronavirus pandemic is showcasing the PLA’s growing expertise in medical research, including a major role in developing the coronavirus vaccine that was the first in the world to be approved for restricted use.

Medical researcher Major General Chen Wei at the Beijing Institute of Biotechnology — part of the Academy of Military Medical Sciences — led the team that developed the vaccine, which included collaborators from government agencies, universities and the Tianjin-based pharmaceutical company CanSino Biologics.

In July, the team became one of the first in the world to publish results in a peer-reviewed journal that showed a coronavirus vaccine to be safe and capable of eliciting an immune response1. By then, the Chinese government had already approved the vaccine, based on a common cold adenovirus and called Ad5-nCoV, for limited use in military personnel, before large-scale testing to prove its efficacy. Wei and members of her team were among the first — of thousands in the military so far — to receive the vaccine. Chen and the Beijing Institute of Biotechnology did not respond to Nature’s request for comment about the vaccine work.

Should the vaccine win approval for more widespread use before efforts backed by other countries, especially the United States, “it will be a pretty big propaganda victory” for Beijing, says Adam Ni, a China analyst from the Australian National University in Canberra who studies the PLA.

As well as its contributions to the development of a coronavirus vaccine, the PLA has also taken a high-profile role in controlling the pandemic in China, sent assistance with pandemic response in a host of countries and used the vaccine to forge new links with countries.

Other militaries, including the United States, work on vaccines and conduct medical research. But the sheer size of the PLA and the speed at which reforms are taking place make its scientific transformation noteworthy, and for some, a cause for concern, especially given the growing political tensions between the United States and China, he says.

In the past few months, US security officials revealed that China has tried to spy on and steal information from US pharmaceutical companies and university research groups working on coronavirus vaccines. Scientists have also raised concerns about the ethics of approving a vaccine that is still being trialled for use in the military.

In 2015, China’s President Xi Jinping announced reforms that made science and innovation a key element of modernizing its armed forces, says Elsa Kania, who analyses Chinese military strategy at the Center for a New American Security in Washington DC.

The PLA established electronic-, cyber- and space-warfare branches alongside its more conventional army, navy and air force. And in 2016, a Science and Technology Commission, which decides what research is funded, became one of 15 newly formed military ‘sections’.

“It’s gone from a fairly backward military in the 70s and 80s — large but certainly not professional and not technologically advanced — to a much more formidable military,” says Ni.

Before the reforms, the PLA recruited scientists either internally or from military universities, partly because civilian scientists didn’t find research positions in the military attractive, says Ni. Uniformed members of the military must fulfil fitness obligations, and working conditions were less flexible than in civilian institutions.

But since 2018, the PLA has been recruiting more civilian-trained scientists,making research positions more appealing — and, in particular, has upped its recruitment of medical scientists.

The military is also increasing its ties to civilian universities in China, as part of a policy known as military–civil fusion, which the Chinese government also announced in 2015. Graduate students affiliated with the PLA and a civilian university are becoming more common. The military–civil fusion strategy highlights biology as a priority research area. The PLA has also been bolstering its scientific expertise by sending researchers abroad.

And partnerships between the PLA and the medical-science companies have accelerated since the start of the pandemic, according to Tay’s report. As well as collaborating with CanSino Biologics to develop the Ad5-nCoV vaccine, the PLA has partnered with Beijing Chieftain, which makes disinfecting and medical equipment, since March.

The pandemic has provided China with an opportunity to highlight the military’s scientific achievements on the domestic and international stage. For instance, PLA epidemiologists and medical workers have had an important role in treating the sick, monitoring the outbreak and overseeing distribution of medical supplies in Wuhan. The military has also assisted with the pandemic responses in Pakistan, Iran, Iraq, Lebanon, Vietnam, Laos, Myanmar, Cambodia and Italy, by deploying units and supplies.

Because analysts who study the Chinese military have not traditionally focused on the medical research conducted by the PLA, its true impact remains unknown, says Kania. “We’re still trying to get a handle on how to understand the scope and scale of their activities as well as the quality and competitiveness of their research,” she says.

Some research is similar to that conducted by other military forces. The US military, for instance, is developing its own coronavirus vaccine and conducts basic research into trauma and infectious diseases.

And some of the PLA’s medical research is designed to maintain a healthy armed force, says McCaslin. “You have a medical need to take care of your soldiers during peacetime,” and to prepare for injuries that might occur during warfare, he says.

It’s also important to bear in mind that the PLA’s scientific efforts represent only “a small minority of work being done in biotechnology, both within China and globally”, adds Coplin.

Still, some China experts and foreign governments are concerned about the participation of PLA researchers in medical research.

In July, the US Justice Department indicted two Chinese nationals for spying on three US-based entities involved in medical research to fight the coronavirus. The US biotech company Moderna, which is trialling one of the world’s leading coronavirus vaccine candidates, later told Reuters that it was one of the companies that hackers had targeted. Chinese officials have denied any involvement.

“Tech transfer is clearly a policy and priority of the Chinese government at the highest levels and has involved fairly egregious instances of hacking, for purposes of data theft,” says Kania. “This pattern of behaviour is unique to China in the scale and scope as well as the severity of these incidents and the extent to which they contravene the norms of scientific and commercial engagement.”

Scientists are also concerned about China’s lack of safeguards to ensure that research on people is conducted ethically, says Kania. It is unclear whether military personnel were given a choice to have the PLA-backed coronavirus vaccine, she says. The researchers who worked on the vaccine did not respond to Nature’s request for comment on such ethics issues.

These are legitimate concerns, says Coplin, but she cautions the United States against using them as a reason to stymie otherwise productive collaborations with China.