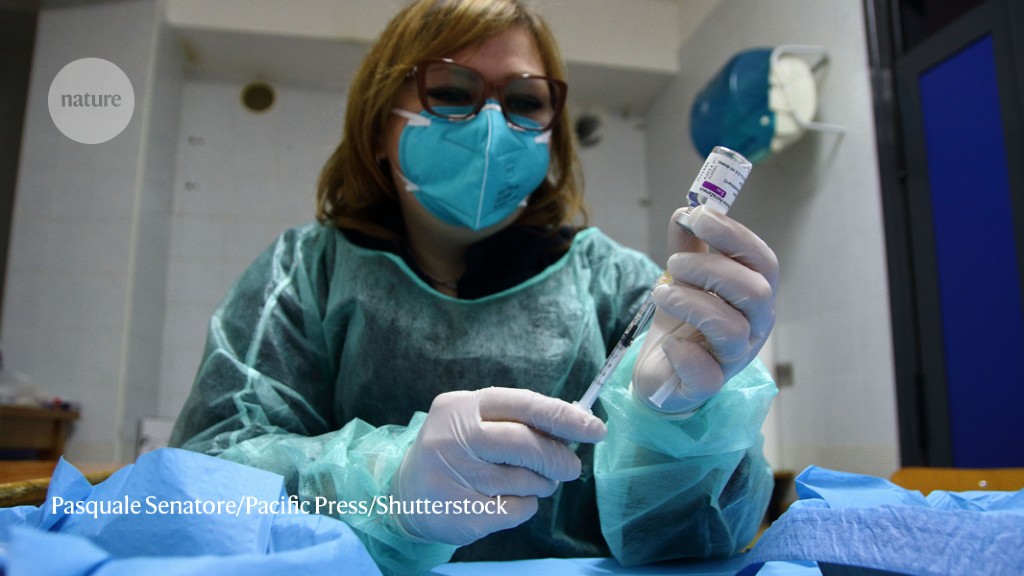 It has been a difficult week for two COVID-19 vaccines. On 13 April, US regulators urged health-care providers to temporarily stop using a vaccine made by Johnson & Johnson (J&J) of New Brunswick, New Jersey, because of 6 suspected cases of unusual blood clotting among nearly 7 million vaccine recipients.

The move came after European regulators expressed concerns about a possible link between rare blood clots and the Oxford–AstraZeneca vaccine, developed in the United Kingdom by AstraZeneca in Cambridge and the University of Oxford.

Both decisions are having a global impact. Although researchers and regulators stress that the benefits of the vaccines outweigh the risks, several countries are restricting the use of the AstraZeneca vaccine to certain age groups, and Denmark has opted out of using it altogether. J&J, meanwhile, has paused distribution of its vaccine to some countries. 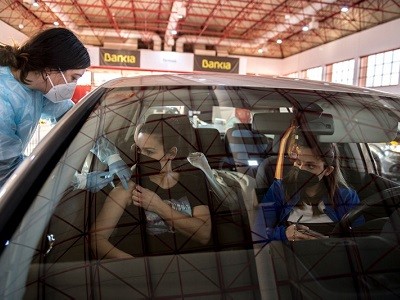 How could a COVID vaccine cause blood clots? Scientists race to investigate

“The way that it’s happened has just made us all feel that the world is a bit crazy,” says Susan Goldstein, a public-health specialist and deputy director of the SAMRC Centre for Health Economics and Decision Science in Johannesburg, South Africa. “There’s been a huge amount of confusion.”

Some of that confusion stems from an urgent need to act quickly on the basis of messy, incomplete and capricious real-world data. As regulators are forced to make decisions, scientists are still racing to investigate the rare clotting disorder and its link to the vaccines.

Here are some of the key questions that they are hoping to answer.

What could the connection be between blood clots and vaccines?

The clots that have been tentatively linked to the AstraZeneca and J&J vaccines have particular characteristics: they occur in unusual parts of the body, such as the brain or abdomen, and are coupled with low levels of platelets, cell fragments that aid blood coagulation. Further analysis found other hallmarks of a condition called heparin-induced thrombocytopaenia (HIT), a rare side effect sometimes seen in people who have taken the anti-coagulant heparin1,2,3 — even though the vaccine recipients had not taken that drug.

HIT is thought to be triggered when heparin binds to a protein called platelet factor 4. This kicks off an immune response — including the production of antibodies against platelet factor 4 — that ultimately results in platelet destruction and the release of clot-promoting material. The mystery is what serves as the trigger for this syndrome in the absence of heparin. 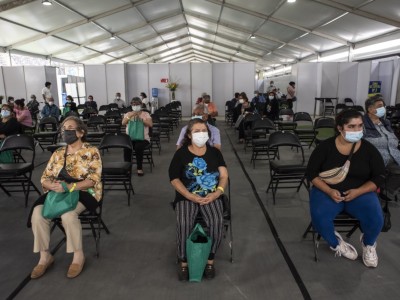 The vaccines produced by AstraZeneca and J&J both rely on adenoviruses, which carry the DNA encoding a coronavirus protein called spike into human cells. The cells’ protein machinery then uses the DNA to make the spike protein, and the body develops an immune response against it.

Are other COVID-19 vaccines linked to blood-clotting disorders?

The AstraZeneca and J&J vaccines rely on different adenoviruses, but the appearance of the HIT-like symptoms among recipients of both vaccines — and the apparent lack of a HIT-like response among recipients of a different type of vaccine, based on mRNA — has raised concerns that the problem could be common to vaccines that rely on adenoviruses. Another such vaccine is Sputnik V, developed by the Gamaleya National Center of Epidemiology and Microbiology in Moscow.

In a press release, Gamaleya distanced Sputnik V from the other adenoviral COVID-19 vaccines. “All vaccines based on adenoviral vector platform are different and not directly comparable,” it said, pointing out that there are differences in the viruses used, the cells in which they were produced, the sequence of the spike DNA they carry, the methods used to purify them, and the dosage at which they are administered.

Virologist Eric van Gorp at Erasmus University Medical Center in Rotterdam, the Netherlands, is co-chairing a consortium that will look at the effect of different vaccines on vascular cells grown in the laboratory. The group will also look for antibodies against platelet factor 4 in recipients of different COVID-19 vaccines.

The identification of a trigger will be important for future vaccines, he says. “Can we rely on adenovirus vaccines or will we need to rely more on mRNA vaccines?” he says. “That will be the key question for the near future.”

How rare are the blood clots in vaccinated people?

The ratio of risk to benefit is the most basic information that a regulator needs when deciding whether a medicine is safe, but this can be a difficult number to pin down.

It is clear that the risk of developing the HIT-like clotting syndrome is very low, with 86 potential cases reported in Europe out of 25 million people vaccinated as of 22 March. But the exact number of cases is in flux. Researchers are relying on reports of adverse events after vaccination, and such reporting is susceptible to biases and misclassifications, says Saad Shakir, director of the Drug Safety Research Unit in Southampton, UK.

For example, a complex syndrome such as HIT could be misclassified in some cases, particularly before the news of the possible link to vaccines had spread. And now that the potential association has become public, clinicians will be on the lookout for it, and reporting could increase.

This means that in the coming weeks, the number of adverse events might be found to be higher than previously thought.

Are certain groups of people more at risk?

It is difficult to parse the data and determine who is at greater risk of developing the clotting syndrome. Public disclosures of data in Europe and the United Kingdom have lacked key information that researchers outside regulatory agencies need to pick apart such risks, says biostatistician Sheila Bird, former programme leader at the Medical Research Council’s Biostatistics Unit at the University of Cambridge, UK. “To not disclose that information basically handicaps inference by people who know how to draw inference,” says Bird. “And I don’t like having my hands tied behind my back.” 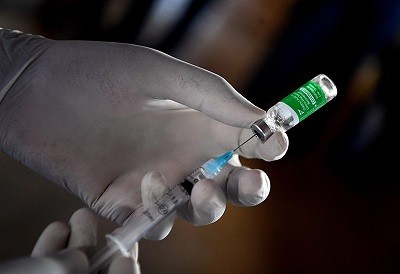 Why is it so hard to investigate the rare side effects of COVID vaccines?

The small number of clotting events reported so far and uneven vaccine distribution add to the difficulty. Early reports suggested that relatively young women who received the vaccines were most likely to experience clots, but the European Medicines Agency reported last week that it could not identify any particularly high-risk groups from its data on the AstraZeneca vaccine. The apparent bias towards women could be the result of many countries prioritizing vaccination for health-care workers, who are predominantly female.

Identifying these risk factors could allow regulators to better determine the risk of the vaccine relative to the risks of COVID-19, which vary with age and other factors. But such analyses may have to wait for more reports of adverse events to roll in. “These things take time,” says Shakir.

What impact will fears over potential side effects have on global vaccination efforts?

Some researchers are quick to point out that the concerns about the AstraZeneca and J&J vaccines are a sign that safety monitoring is working, and is able to pick up rare events among millions of vaccine recipients worldwide. And if regulators did not react by pausing vaccinations and transparently discussing the data at hand, this could have lessened the public’s faith in that safety monitoring.

But how the risks are communicated to the public is critical to maintaining trust, says Noni Macdonald, a paediatric infectious-diseases specialist at Dalhousie University in Halifax, Canada. Over the past few weeks, the nature and severity of the concerns about clotting have changed as more data emerge, she notes. This, coupled with technical discussions about risks and medical conditions, might feed confusion.

Once public trust in a vaccine has been damaged, it can be hard to recover. “Negative information sticks longer and harder, and it’s also heard louder,” Macdonald says. “If you were already anxious, this made you more anxious.” 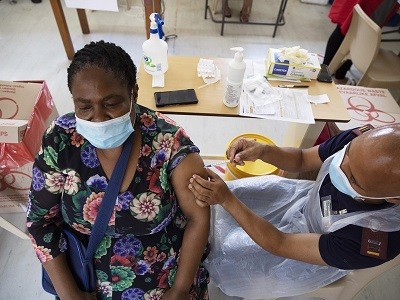 Any further restrictions on the use of these vaccines — whether due to regulatory decisions or vaccine hesitancy — could have a global impact. Both vaccines are relatively cheap to make and easy to store compared with mRNA vaccines, and both vaccine developers had agreed to distribute doses at low prices to low- and middle-income countries through the COVAX programme.

In South Africa, Goldstein says, only about one-third of health-care workers have been vaccinated so far, even as the country experiences a third wave of coronavirus infections. There isn’t widespread access to mRNA vaccines, and the AstraZeneca vaccine is less effective at preventing infections from a coronavirus variant that dominates infections in the country.

The J&J vaccine, which can be given in a single dose, promised to be pivotal for the vaccination of hard-to-reach groups, such as people who are homeless, those affected by substance abuse and those who are housebound. “Putting this vaccine on pause, for those of us that are frontline health-care workers, has really been devastating,” Camille Kotton, an infectious-diseases specialist at Massachusetts General Hospital in Boston, said during a meeting of vaccine advisers to the US Centers for Disease Control and Prevention on 14 April. “This one-and-done vaccine that didn’t require the cold chain that the mRNA vaccines do is a significant loss.”