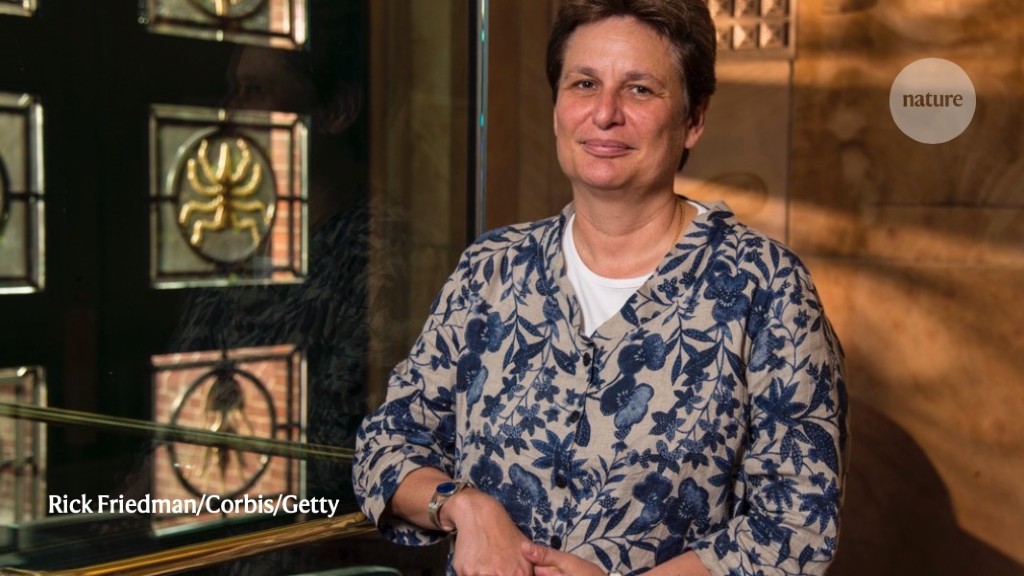 Discovering the “on-and-off switch” for good parenting in both male and female mouse brains has earned Catherine Dulac, a molecular biologist at Harvard University, in Cambridge, Massachusetts, one of this year’s US$3-million Breakthrough prizes — the most lucrative awards in science and mathematics. Three other major prizes in biology, plus two in physics and one in mathematics, were also announced on 10 September, together with a number of smaller prizes.

“Catherine Dulac has done amazing work that has really transformed the field,” says biologist Lauren O’Connell, at Stanford University, California. Dulac’s team provided the first evidence that male and female mouse brains have the same neural circuitry associated with parenting, which is just triggered differently in each sex1. “It went against the dogma that for decades said that male and female brains are organized differently,” says O’Connell.

Dulac says she was stunned to learn that she had won the award. “My brain froze, then I began to tear up,” she says, adding that it had been a long road to acceptance, because others had initially been sceptical of her work. In the 1990s, Dulac isolated the pheromone receptors in mice that govern sex-specific social behaviours. Virgin male mice usually attack other males and kill pups. But Dulac found that if their pheromone receptors were blocked, they would attempt to mate with both males and females, and virgin males would even care for pups. Pheromone-blind females, by contrast, would attempt to mount males.

To elucidate the neural mechanisms at play, Dulac identified a protein called galanin that is expressed by neurons involved in parenting. Killing the neurons in females stopped them parenting, while activating them in virgin males made them maternal. “It’s like an on-and-off switch for parenting,” says Dulac. “It’s extraordinary.” Her team then used the galanin marker to track the specific circuitry associated with the motivational, hormonal and behavioural changes needed for nurturing.

O’Connell says that the studies “set the stage for a better understanding of the flexibility of human and primate brains”, and could one day be relevant for treating disorders such as post-partum depression.

Three other $3 million life-sciences awards were also announced. David Baker at the University of Washington in Seattle won for developing the Rosetta software to design synthetic proteins for therapeutics. His FoldIt game has enrolled more than 250,000 citizen scientists to help find optimal protein configurations. Just yesterday, his team reported in Science2 a novel protein that might block the ability of SARS-CoV-2 to enter human cells.

Dennis Lo, at the Chinese University of Hong Kong, in Shatin, was recognized for discovering that fetal DNA is present in maternal blood — a finding that led to the development of safer non-invasive prenatal tests for disorders such as Down’s syndrome.

The Breakthrough Prize in Mathematics went to Martin Hairer at Imperial College London for his work on stochastic partial differential equations — a class of equations that are used to calculate how complex systems evolve when random influences have to be taken into account. “I feel honoured and lucky,” says Hairer. “I didn’t expect this at all.”

In 2011, Hairer solved a sticky equation of this type that models, among other things, how a droplet of water will spread across the surface of a napkin. After that, he produced an epic 180-page paper showing that the similar concepts could be used to attack all equations of that class3. Terry Lyons, a mathematician at the University of Oxford, UK, says he is “delighted” by Hairer’s award, noting that until Hairer’s work came along, mathematicians and physicists had plugged away at such equations using different approaches, but without seeing how these might all be unified by one methodology. “He’s mapped an important aspect of the world to a precise mathematical language for the first time,” Lyons says. In 2014, Hairer was a recipient of the Fields Medal, mathematics’ most coveted honour.

The Breakthrough Prize in Fundamental Physics went to Eric Adelberger, Jens Gundlach and Blayne Heckel, all at the University of Washington, for their ultra-precise pendulum experiments showing that Newton’s law of gravity still holds, even down to scales of just 52 micrometres4. And a special award in fundamental physics recognized the life’s work of theoretical physicist Steven Weinberg, at the University of Texas at Austin. Weinberg is one of the developers of the framework unifying the electromagnetic force with the weak nuclear force that governs radioactivity.

The Breakthrough prizes were founded in 2012 by Russian–Israeli billionaire Yuri Milner, and are now sponsored by him and other Internet entrepreneurs, including Facebook chief Mark Zuckerberg. This year’s award ceremony has been postponed to 21 March 2021, because of the coronavirus pandemic.