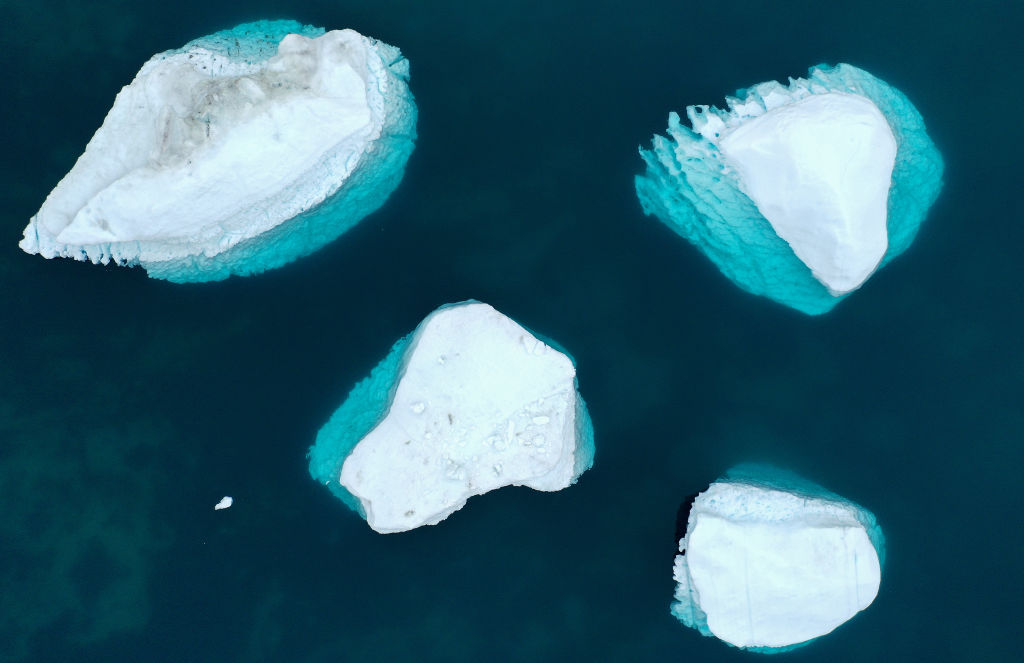 Human induced greenhouse gas emissions and large-scale alterations in weather patterns are all part of climate change and global warming.

Environmental changes such as the melting of ice in the North and South poles, did not just raise sea levels but also has a major influence on the earth’s crust.

What will Happen to the Earth’s crust if the melting of ice continues? 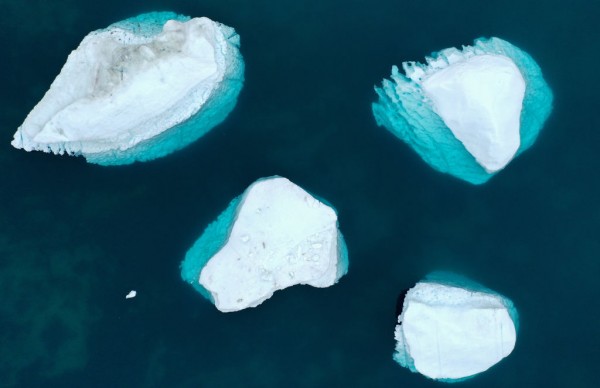 (Photo : Photo by Mario Tama/Getty Images)
ILULISSAT, GREENLAND – SEPTEMBER 04: In an aerial view, icebergs which calved from the Sermeq Kujalleq glacier float in the Ilulissat Icefjord on September 04, 2021 in Ilulissat, Greenland.

There are three things that may happen. One is that all this melt water is being dumped into the ocean. If ice sheets melted as they do now, the total mass of the ocean would undoubtedly increase. The second thing that happens is that the ice sheet’s gravitational influence on the surrounding water weakens. As a result, water begins to move away from the ice sheet. The third point is that when the ice sheet melts, the ground underneath it rises and recovers.

The weight of the ice over Greenland, Antarctica, and the Arctic Islands is being lifted, causing the Earth’s crust to rise and expand. The movement is not big, averaging less than a millimeter each year, but it exists and covers a lot of territories.

Several earlier studies have shown the elevation that may occur as ice sheets melt, but Ph.D. Sophie Coulson and her colleagues focused on horizontal changes across a larger region. They discovered that the deformations varied a lot year by year.

The researchers discovered that in some places, horizontal movement outnumbers vertical movement. To assess crust movement in three dimensions, the researchers used satellite data and field observations from 2003 to 2018.

The study indicates that certain changes from the end of the ice age, 11,000 years ago, are still being felt throughout the Planet’s surface.

The researchers compared the ice pack’s effect to a wooden board pulled down on water when the board is lifted and the weight is removed, the liquid expands to fill the empty space, much as it does with Earth’s crust. And, if the speed of ice melt continues to rise throughout the world, researchers must be able to determine what effect it is having on the form of the Earth’s surface, even if the changes are little each year.

This new research provides more comprehensive information on what is going on than anything we have seen before, which is valuable not only for investigating melting ice and changes in the Earth’s structure, but also for a variety of other scientific studies.

An ice sheet is a large mass of glacial land ice that covers over 50,000 square kilometers (20,000 square miles). The two ice sheets that now exist on Earth encompass the majority of Greenland and Antarctica. Ice sheets blanketed most of North America and Scandinavia during the previous ice age.

The Greenland Ice Sheet covers most of the island of Greenland, which is three times the size of Texas, and covers 1.7 million square kilometers (656,000 square miles).

They occur in locations where winter snow does not completely melt throughout the summer. The layers of snow build up into massive masses of ice over thousands of years, thickening and densifying as the weight of new snow and ice layers crushes the previous layers.

The ice sheets of Greenland and Antarctica also have an impact on weather and climate. Storm paths are altered by the high-altitude plateaus on the ice caps, which generate cold downward slope winds near to the ice surface.