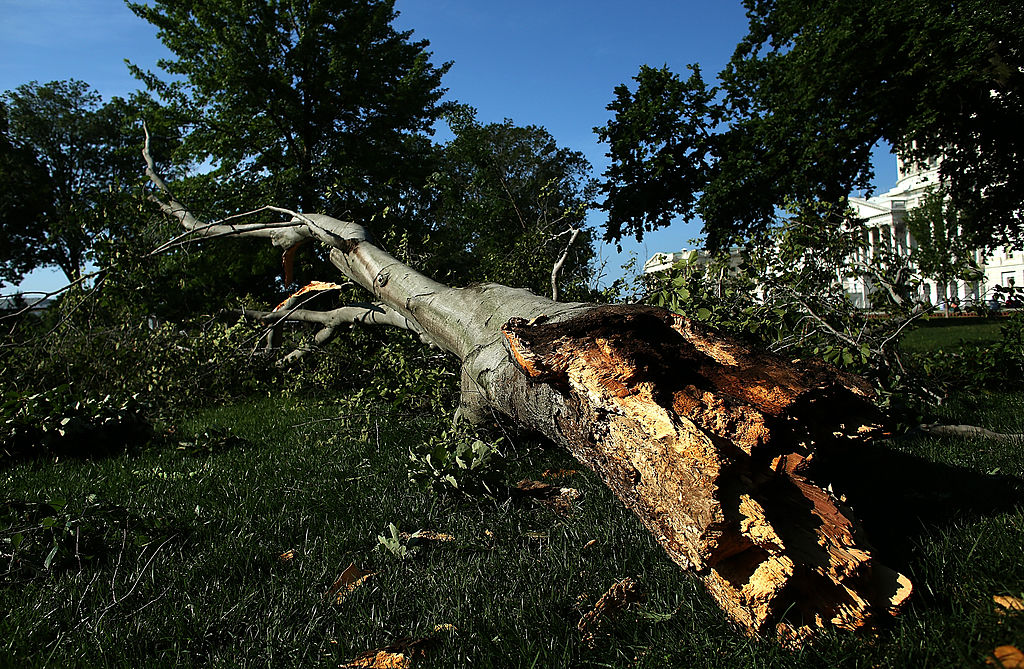 Extreme weather conditions are being felt in parts of the Plains, Midwest and Northeast, associated with destructive wind blows, large hails, and storms. The National Weather Service reported cases of damaged buildings, uprooted trees, and cut power lines. According to a local emergency management official, a woman was injured as hail hits her head in Manassas, Virginia.

On Wednesday, May 26, 2021, a tree fell on home in Prince George’s County, Maryland as it was ripped out of its ground by the gusty wind. The Prince George’s County Fire/EMS Department reported in social media that the accident happened approximately 6pm in 13300 Pendleton St., Fort Washington. One person was rescued from the home receiving minor injury.

In addition, a building under construction at a lumber yard in Penn Yan, New York collapsed and injured four people according to Finger Lakes Daily News. The wounded individuals were unidentified but one was reported to have minor cut to his neck. Fortunately, the three others had gotten minor injuries. Staff Meteorologist Kevin Williams said that the storm from earlier Wednesday was associated with bursts of wind he referred to as ‘microburst’.

More about damages caused by storm, a family in Paxtang, Pennsylvania, east of Harrisburg were fortunately unhurt when a large tree fell through their roof, WPMT-TV reporter said. Although serious damage was done to their car and home. In addition, the same thing happened near Richmond Township in Berks County, Pennsylvania.

Power Outages in Tens and Thousands of Homes

Power outages in more than 23,000 homes in Pennsylvania is being experienced brought by the storm which snapped power lines. Poweroutage.us, an ongoing project created to track, record, and aggregate power outages across the United States, reported that the power was cut off around 6 p.m. EDT.

The Washington Nationals baseball team announced in social media that fans at Nationals Park in Washington D.C. should ‘take cover’ under the concourse until the storms pass, while Washington Nationals monitor the situation. The game against Cincinnati Reds was scheduled for 7:05 p.m in the stadium, of course observing COVID-19 restrictions. A crowd of 44,427 came to watch the game over the weekend.

The severe storms and potential threats of tornadoes postponed the New York matchup between the Yankees and the Toronto Blue Jays. New York Yankees posted the announcement on social media, moving the first game for tomorrow, May 27, 2021.

At this time, the National Weather Service is expecting regional outbreak of severe thunderstorms across the central Great Plains overnight. The extreme weather condition was assumed to bring strong (EF2+) tornadoes with intense damaging winds and very large hail. Furthermore, evidence of high temperatures across East from portions of Virginia to Maine was reported.