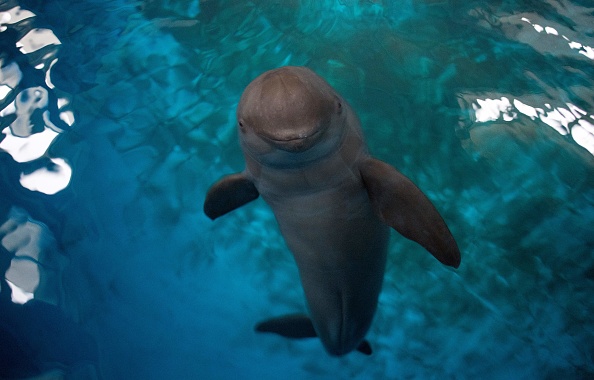 In just 10 days, about 190 lifeless porpoises washed ashore on Dutch Wadden Sea Islands. When compared to the yearly average of roughly 600 stranded porpoises on the whole Dutch coast, this figure is considered to be high.

Examination of the Dead Porpoises

Researchers from Utrecht University and Wageningen University & Research examined the likely cause of death of these porpoises for the Ministry of Agriculture, Nature and Food Quality during the last few months.

The presence of Erysipelothrix rhusiopathiae which is a bacterium that causes blood poisoning in cetaceans, is their most notable discovery.

Adult females made up sixteen of the twenty-two porpoises studied. All of the porpoises were decomposing in the same way. As a result, they are quite likely to have perished at the same time, Utrecht University scientist, Lonneke IJsseldijk made this assumption.

The porpoises were checked for their physical body health, parasite presence among other things and blood samples were collected. The contents of the stomachs were then examined in the lab for the presence of algal toxins and potentially dangerous microorganisms, according to Phys.org.

According to IJsseldijk, the porpoises had a good fat layer, few parasites, and a lot of the mature females had just given birth. This indicated that the porpoises were in good and great health when they perished. As a result, a sudden death seems clear.

In spite of their good condition, the stomachs of eleven porpoises had no prey leftovers. Others merely had a few bites of food in their tummies.

According to Wageningen University & Research marine expert Mardik Leopold, the animals involved in this massive stranding had been hungry for a long period before they died.

This is normal with a serious and acute sickness.

Also Read: Brain-Invading Fungus That Killed 40 Dolphins, Porpoises Might Have Come From Humans

Strain of Bacteria Found in the Investigated Porpoises

Erysipelothrix rhusiopathiae, a bacterium strain, was detected in nearly three-quarters of the porpoises studied.

These bacteria may cause Erysipeloid illness in pigs and turkeys, and they can be found in practically all animal species. Reptiles, fish, and people are all susceptible to the sickness. The germs were found in several organs of the porpoises, suggesting blood poisoning.

The porpoises might have acquired Erysipelothrix through contaminated water, diseased fish, or by reciprocal transfer. According to IJsseldijk, it’s uncertain whether or not this resulted in the deaths of the dozens of porpoises.

There are no reports of mass mortality as a consequence of Erysipelothrix infection in the literature, just a few isolated individual instances. Scientists doesn’t know if  this bacteria is found in porpoises on a regular basis.

However, the fact that this bacteria has never been detected in porpoises during an autopsy until now is extraordinary.

Low Amount of Saxitoxine (STX) Found in the Porpoises

Overall, this study has allowed scientists to rule out many potential causes of mortality, Leopold adds.

Scientists can rule out an undersea explosion, offshore wind farms, climate change, or overfishing as causes of abrupt mass death. Special meteorological conditions, on the other hand, may have aided in the mass stranding of the animals, which must have perished far out at sea.

Nonetheless, there remain several unresolved issues. The existence of viruses is still being investigated by Erasmus University researchers.

The porpoises also had a small quantity of saxitoxine (STX), a potent biotoxin generated by algae that disrupts nervous system function. Because of the stranded porpoises’ terrible condition, it’s still unknown what the STX concentration was right before death, or if it was high enough to have contributed in the mass mortality.