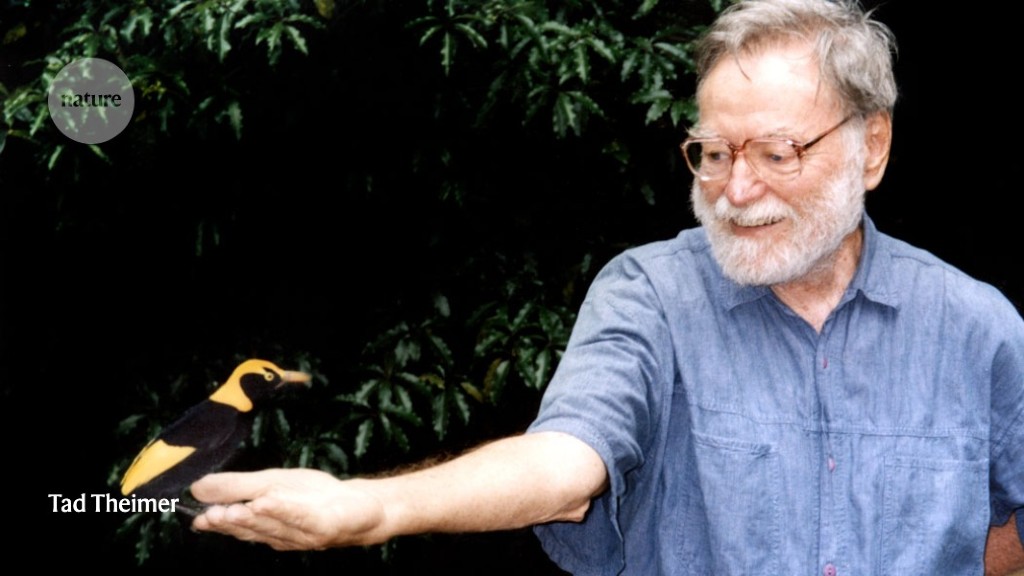 Joseph (Joe) Connell altered both what and how ecologists study. Tree by tree, coral by coral, barnacle by barnacle, he saw patterns and processes across diverse ecosystems. Simply and with incontrovertible evidence, he demonstrated that interactions such as competition and predation could determine where species lived.

Before his classic experiments on Scotland’s rocky shores, field ecology was mainly descriptive, focusing on physical conditions such as temperature or moisture in determining where species lived. Connell, who died last month aged 96, inspired thousands of ecologists to test their hypotheses by manipulating conditions in the field.

Connell established long-term studies of coral reefs at Heron Island in the Great Barrier Reef and of tropical rainforests in Queensland, Australia, that spanned more than three and five decades, respectively. Monitoring revealed the dynamic nature of plant and animal communities that had long been considered stable. He discovered that natural variability in biological interactions and physical factors maintains diversity in these and other endangered ecosystems.

Born in 1923, Connell grew up just outside Pittsburgh, Pennsylvania. When the United States entered the Second World War in 1941, he enlisted in the Army Air Corps and was trained in meteorology. Later, conducting weather surveillance in the Azores — the Portuguese Atlantic archipelago — in support of army operations in Europe, he spent his free time birdwatching and identifying trees. Meeting army recruits who worked as wildlife managers, he realized it was possible to have a career as a biologist. After the war, and a degree in meteorology at the University of Chicago, Illinois, he headed to the University of California, Berkeley, for a master’s in zoology.

Connell produced what he described as a dull, unsatisfying thesis on brush rabbits (Sylvilagus bachmani) in the Berkeley Hills. Discouraged by the difficulties of conducting a population study (he trapped only 40 rabbits in 2 years), he adopted a rule of thumb — never again to study anything bigger than his thumb. As a doctoral student at the University of Glasgow, UK, he gleefully discovered what Charles Darwin had found a century before: that thousands of barnacles could easily be studied on the seashore, no traps required.

Connell realized that he could test his hypotheses about what factors determined where on the shore certain species lived by removing, adding or transplanting barnacles and their snail predators. Classic papers ensued, inspiring other ecologists to rethink distribution patterns, and, importantly, to test their ideas with controlled field experiments.

After a postdoc at the Woods Hole Oceanographic Institution in Massachusetts, Connell joined the faculty at the University of California, Santa Barbara, where he remained for the rest of his career. He was curious about processes that affected distribution and abundance, and those that might keep biodiversity high. Shifting to species that live for hundreds or thousands of years on coral reefs and in rainforests, he set up his Australian long-term monitoring studies in 1962 and 1963. Both recorded the demography and interactions of organisms in permanent plots, tracking community dynamics and the impact of disturbances, ranging from fallen trees to cyclones.

Visiting Connell’s sites with him in the 1970s and 1990s, we were impressed with his foresight and inspired by his insights. On the reef, he explained, physical disturbance by large waves associated with recurring cyclones intermittently reduced the cover of dominant species such as staghorn coral (Acropora aspera). This prompted recolonization by a diverse assemblage of weaker competitors such as encrusting or mound-like species. Connell coined the term ‘intermediate disturbance hypothesis’ to describe this process.

We strolled through the larger of his rainforest plots, avoiding stinging trees, biting flies, ticks and leeches, and relishing the richness — more than 300 tree species and about 100,000 individual plants. Connell outlined another hypothesis, that forests are more diverse when rarer species such as the conifer Sundacarpus amarus are favoured over more common ones such as the flowering tree Planchonella sp. Patterns of seedling establishment, growth or survival depend on that difference in frequency. Because common species grow more densely than rare ones, they are more vulnerable to specialist herbivores or pathogens.

This pattern of density-dependent predation or infection thins out common species, enabling a richer mix to coexist. It is a central component of the Janzen–Connell hypothesis (independently proposed by US ecologist Daniel Janzen in 1970), which predicts that seedlings are more likely to die under the canopies of their parent trees than farther away, ensuring diversity.

Connell was unfailingly kind, generous and devoted to his family. He never lost his profound curiosity about the natural world or his delight in exploring ideas with students and colleagues. He loved to be challenged and, if proven wrong, he gladly moved on to a new hypothesis or question. He sought truth, not fame. Moreover, he empowered everyone around him to think critically by focusing on ideas and evidence, not personalities. Fortunately for the world, his way of exploring science proved powerful, infectious, fun and enduringly productive.

REAL TIME – Corona Virus Statistical Data (Worldwide)
Chip shortages for iPads and Macs may cool Apple’s hot streak
The Laos Plain of Jars – Ancient Mystery or Popular Cemetery?
Geothermal technology has enormous potential to power the planet and Fervo wants to tap it
This New Type Of Battery Won’t Explode, Even If You Shoot It
Son Doong Cave: World’s Largest Cave is So Massive It Has Its Own Weather System!