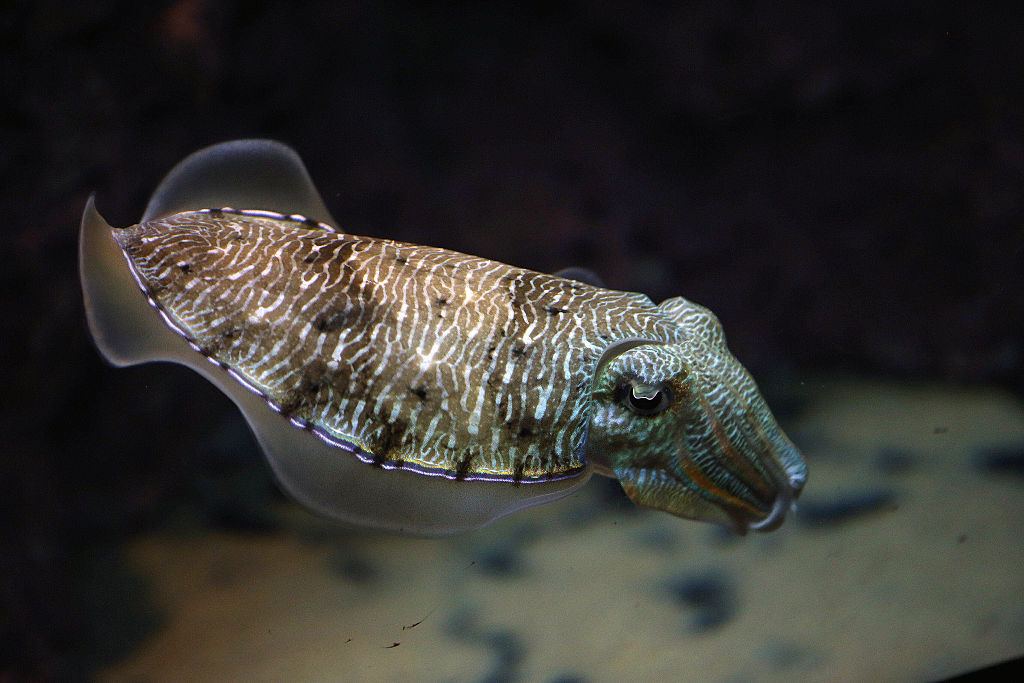 Although some animals (including your pets) are partially color blind, they have eyesight that is better than most humans in several ways. The way in which living animals perceive their surroundings is determined by how light is processed by their eyes.

Animals process light in varied ways; some have only two types of photoreceptors, rendering them colorblind; others have four, allowing them to perceive ultraviolet light; and still others can detect polarized light, which is defined as light waves oscillating in the same plane.

Herbivores with horizontal pupils have a panoramic view of their environment, which primarily helps them recognize predators nearby. On the other hand, nocturnal predators have vertical pupils which give them better vision during the night.

Despite its name, it is a cephalopod rather than a fish. It belongs to the same family as squids, nautiluses, and octopuses. It is often suggested that cephalopods are like aliens on Earth in that they are very clever but quite different from humans. Hundreds of millions of years ago, they shared a common ancestor with land mammals.

Considering cuttlefish have just one type of photoreceptor, they should only be able to be seen in monochrome. Even though blurred images may arise, the blur is color dependent. Even though they are colorblind, they may be able to exploit this to their advantage in locating predators.

They may also color-coordinate themselves with their surroundings for camouflage, making them more difficult to catch.

A ring of epithelial tissue divides the eye of Anableps species horizontally. It has two corneas, two pupils, a single egg-shaped lens, and a retina divided into two pieces. The lens is oval and asymmetrical, with the upper section flattened like a human eye and the lower section bent like most other fishes. The upper cornea is thicker and more glycogen-rich, which may help to protect it from drying and UV rays.

Bright light from the sea surface is supposed to be reduced by two horizontal flaps of the iris. Since there is no predator that specializes in Anableps, these adaptations allow the fish to see above and below the water at the same time. The split eye is assumed to have evolved specifically to allow exploitation of the limited ecological niche between aquatic and terrestrial habitats.

Any member of the marine crustacean order Stomatopod, particularly those of the genus Squilla, is known as a mantis shrimp. It is found in the Mediterranean Sea and adjacent Atlantic Ocean regions. It lives in muddy areas with organic debris.

Mantis shrimps have a remarkable 16 photoreceptors. They have color photoreceptors as well as photoreceptors that can detect UV light. The fact that they can see five separate UV frequency bands separates them from other animals. Mantis shrimps can also see polarized light, which is defined as the orientation of the oscillations of a propagating light wave.

Some consider these Mantis Shrimps to be the Gods of Ocular vision.

Also read: Could Octopuses Have Come from Outer Space? Papers of Science Could Prove Why