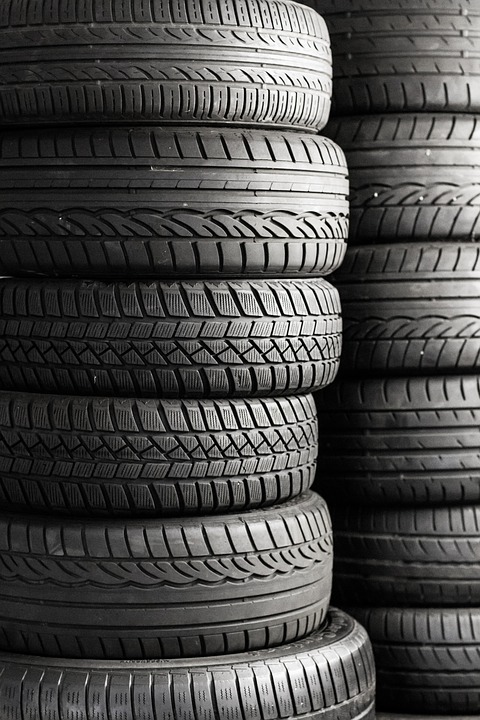 A substantial amount of tire particles find their way into the oceans through the atmosphere or by rainwaters to rivers and sewers. Because of its small size, it can easily pass through water treatment facilities. There are around 100 million m2 of river networks in the UK and 50 million m2 of marine and coastal waters that are at risk of tire particle contamination.

This is what a major UK funded research study revealed by scientists from the University of Plymouth led by Prof. Richard Thompson and his colleagues at Newcastle University, Kings College London, and Eunomia Research & Consulting Ltd. The study is funded by Defra, which invests in research on waste management, ocean littering, and microplastics.

According to Thompson, “scientists have long suspected that tire debris poses a hidden threat to the marine environment.” There are only a few studies that indicate its amount on rivers and the seas. As an indication of quantities has become more apparent, a better understanding of how the tire particles are transported in the environment, and its impact on marine life must be established.

Compared to other forms of microplastics, Thompson admits that very little is known about tire particles. It is equally important, and he stressed to take the necessary actions to reduce sources of emissions of other sources of microfabrics like fibers from textile and fragmentation of larger plastics items which have been well understood over the years.

The findings of this study also highlight some areas for intervention or future research. Among those are:

Almost ten years ago, Thompson led the research on the impacts of microplastics in marine life. It was the study that eventually led to the UK’s ban on microbeads in 2018 and 5p plastic bag charges, which reduced the plastic bag distribution by 15 billion. Microbeads are generally found in health and beauty products.

In an article featured in National Geographic, scientists, as early as 2014, have concluded that tires are the most common plastic polluters on earth.

Awareness is, however, low, and there is no alternative for tires.

The tires that we are using now are made of 19 percent natural rubber, 24 percent plastic polymers (synthetic rubbers), metals, and other compounds. As rubber tires wear, it gives off tiny plastic polymers that end up into rivers and eventually to the oceans.

Joao Sousa of International Union for Conservation of Nature said that the amount of tire particles ending up in waterways depends on several factors such as weather, road condition. However, the number of vehicles traveling each day provides a grim picture of the volume of tire particles released.