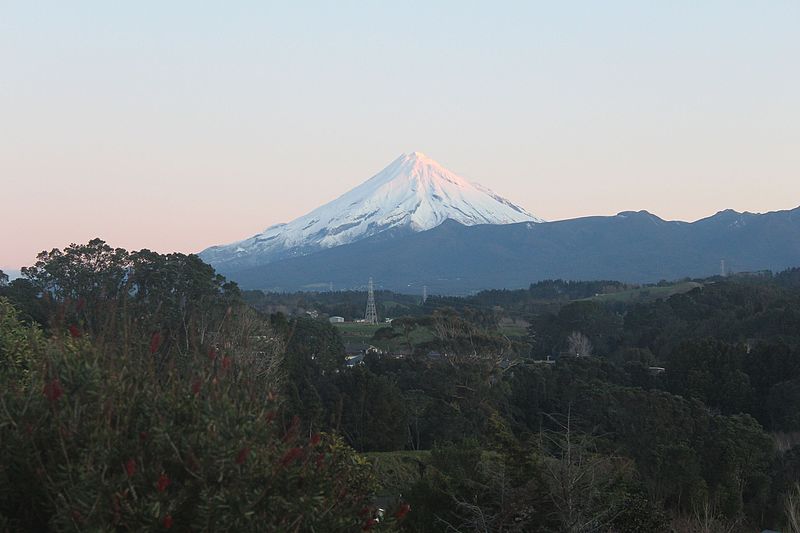 The eruption of Mt Taranaki is seen to take out electric power in its New Zealand region, a volcano that is long thought to be dormant or extinct. However, it is active, and there is a 50 percent probability that it may erupt within the coming 50 years. Its last eruption is thought to have been over 200 years in the past.

A new model was created that showed that eruption is a significant possibility and can take out the region’s power. Tom Wilson, a disaster risk & resilience professor from the University of Canterbury, says that its next eruption may be devastating.

According to Wilson, if the last Taranaki eruption was in the 18th century, probably circa the 1760s, it may have already recharged its magma chamber, causing an eruption larger than what it is thought to be capable of producing.

Wilson and Alana Weir, a Ph.D. student, examined the region’s ensuing risk in new research under the study known as Transitioning Taranaki to a Volcanic Future.

This study looks at the economic and infrastructure disruption caused by a future eruption and the recovery during the aftermath. 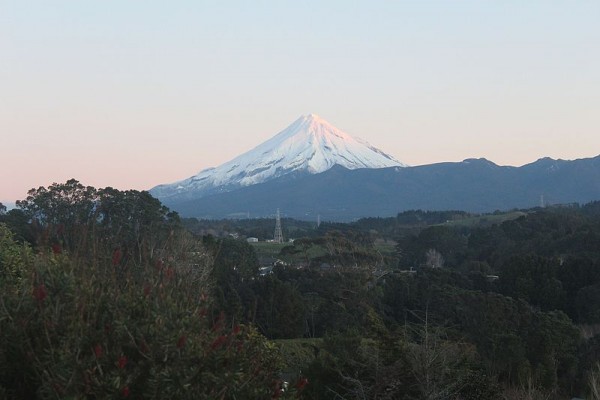 (Photo: Wikimedia Commons )
The eruption of Mt Taranaki is seen to take out electric power in its New Zealand region, a volcano that is long thought to be dormant or extinct.

According to Wilson, damp conditions and the large ash cloud worried him. Taranaki’s westerly winds may cause a problem to the Stratford national power grid, which is the region’s sole power source.

Wilson says that the damp conditions and misty rain may wet the ash, increasing electrical conductivity. This can cause a massive short circuit. It is known as a flashover, in which insulators get contaminated and lose or reduce insulation capacity. It can thus disrupt the Taranaki electricity supply.

If the Stratford grid failed, it would cause lifeline infrastructures to fail due to their reliance on electric power.

Threats to water, power, and lives

Craig Campbell-Smart, the regional manager of the Taranaki Civil Defence, understands the threats to human lives from falling rocks, pyroclastic flows, and lahar or volcanic mudflows. He also said that the electric supply is threatened.

He points out the need to build resilience in Transpower, asset owner, and Powerco, the power lines company. They may now look at future investments, but also how they are vulnerable at present.

According to Campbell-Smart, the drinking water and wastewater of the region can also be compromised if there is no power and the operations of gas and oil facilities.

Campbell-Smart adds that it will be a lot of work to inform and update the public on the volcano’s danger because the last eruption was such a long time ago. He says it is a real and important challenge.

He wants everyone to store drinking water well for three days and food good for a week.

Transpower says all the overhead distribution and transmission networks were vulnerable. It added that even if there was no workaround to the danger, it has enough supply diversity from the north and south transmission lines. It continues to monitor the electric power hazards from the Mt Taranaki volcano, with New Zealand researchers from the University of Canterbury and GNS, among others.

Check out more news and information on Volcanoes in Nature World News.

REAL TIME – Corona Virus Statistical Data (Worldwide)
What Would It Take for the US to Rejoin the Paris Agreement?
Zoom investors are looking to a post-pandemic 2021 even with current growth at over 300%
Lunar Eclipse 2020: How to Watch Chandra Grahan Live in India Today
To boost its military space business, Lockheed Martin turns to commercial players
How to manage when your fieldwork is cancelled