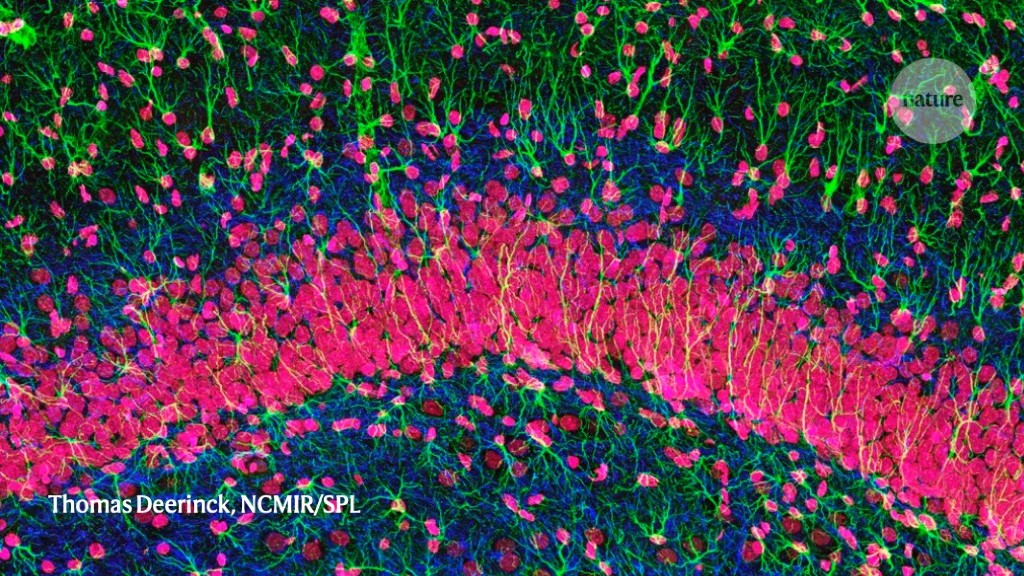 The hippocampus, a brain region involved in learning and memory, is known to include cells that arise during both infancy and adulthood. Now, experiments on rats have revealed key differences between those two classes of cell — differences that could endow the late-blooming cells with important capabilities.

To study the hippocampal cells that arise during maturity, Jason Snyder at the University of British Columbia in Vancouver, Canada, and his colleagues injected the hippocampi of infant and adult rats with viruses that mark only newly created neurons. The researchers estimated that half of the neurons in the hippocampus are generated during adulthood.

Compared to neurons born in the hippocampi of baby rats, those that grew in the brains of adult animals had more thorny protrusions crowning the part of the cell that receives information from other neurons. Adult-born neurons also had a higher number of finger-like structures connecting them with neurons that send inhibitory signals to the brain.

These differences could confer advanced functions on adult-born neurons, including the ability to stimulate other brain cells involved in cognition, the researchers say.