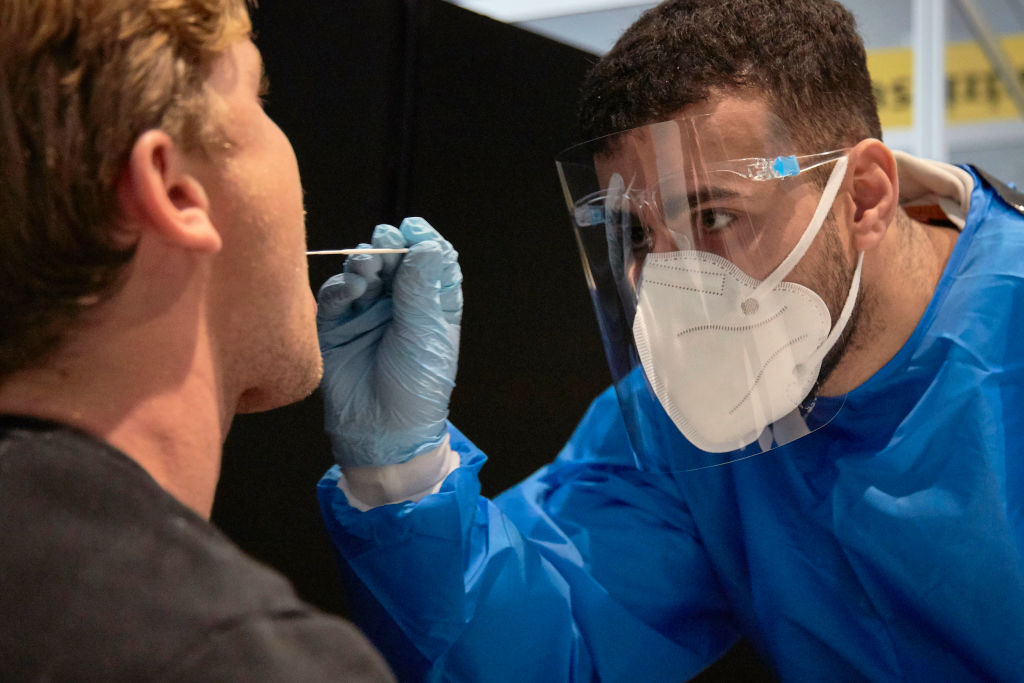 A new study suggests that nose swabs alone might not properly detect Omicron variant in the early days of Covid-19 infection, and may need saliva for rapid tests. However, some experts disagree to this concept.

According to a group of US researchers, rapid tests with nasal swabs didn’t detect Omicron for one to two days after initial infection, but a throat swab did. Four participants spread infection before their rapid tests showed as positive, the researchers said.

The study which is yet to undergo peer review seeks to reassess new variants of concern and describe the discordance in saliva SARS-CoV-2 PCR and nasal rapid antigen test results during the early infectious period.

Their findings add to emerging evidences that nose swab alone is not as effective in detecting Omicron than simultaneous throat and nose swabs.

According to the US Food and Drug Administration (FDA), self-collection of throat swabs was “more complicated” than nasal swabs, and should be taken and collected as per their instructions by a trained healthcare provider, as per Centers for Disease Control and Prevention guidance.

The retrospective cohort study identified 30 participants from five workplaces in New York, Los Angeles, and San Francisco who were diagnosed with Covid-19 between December 1-31, 2021 during Omicron outbreaks, despite being fully-vaccinated and had received a booster dose.

In a sub-group of five participants, virus particles in saliva were found to have peaked one to two days before they were detected by a nasal rapid test, the researchers said.

Dr Michael Mina, a former associate professor of epidemiology at the Harvard TH Chan School of Public Health, said of the findings: “Numerous reports show saliva comes up earlier and with Omicron there have been MANY anecdotes that throat swabs (which interact with saliva!) are turning positive BEFORE nasal swabs.”

Also read: Severe COVID-19 Symptoms From Omicron Could be More Dangerous Compared to Other Strains

Dr Peter M B English, a recently-retired consultant in communicable disease control, said in Twitter that the findings were “further confirmation that nose swabs alone do not effectively detect the Omicron variant. Test kit instructions which do not include throat swabs should be amended immediately.”

In addition, Dan Lorremore, an assistant professor in the Department of Computer Science and the BioFrontiers Institute, note that a rapid test using saliva could “potentially” outperform a nasal rapid test, but it wasn’t clear from the data available how much earlier it would be able to detect it.

“It’s just not the way the tests have been authorized,” he said. “Please don’t take matters into your own hands. We need to wait to see if any of these tests will be valid to do a throat swab as well.”

He added that if an at-home rapid test is positive, then “believe it”. If tests say otherwise, then getting a lab test is necessary.

REAL TIME – Corona Virus Statistical Data (Worldwide)
To create better products and a better society, we need designers
Cloud stocks are off to a brutal start to 2022 as investors sour on pandemic’s top performers
Immunity against Omicron from breakthrough infection could be a matter of timing
AskNicely answers how companies can best connect with frontline workers
Use alternative financing to fuel VC-level growth without diluting ownership