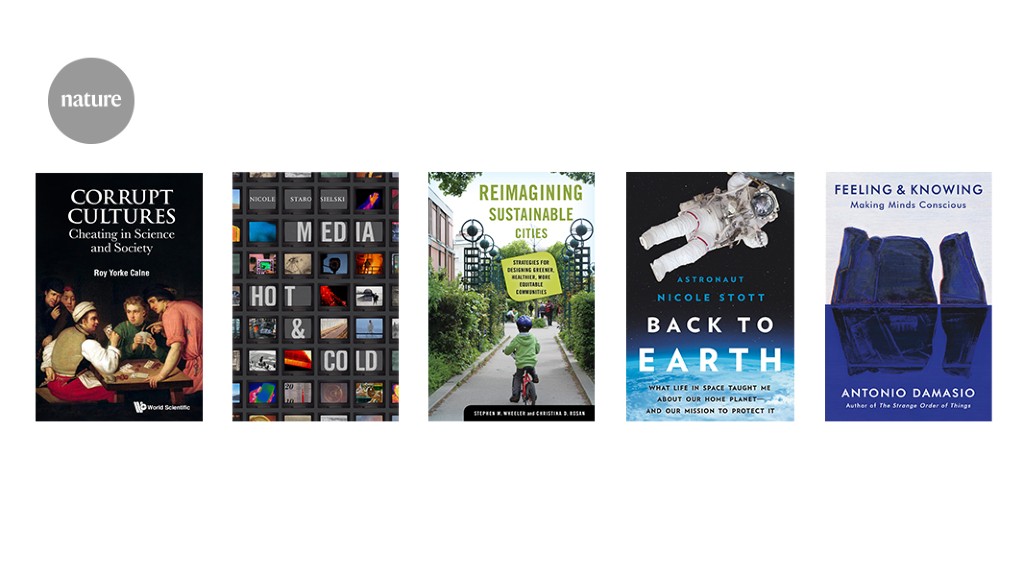 NASA astronaut Nicole Stott says that “you are grounded” are “the worst and the best three words” an astronaut can hear — signifying either that the astronaut is forbidden to fly, or that they have an attribute crucial for success. The words also suggest her book’s down-to-earth purpose: to explain how space flight enriches life on Earth. She recalls her own “Earthrise moment” on first looking out of the Space Shuttle — the sudden realization that we live on a planet that must be preserved from human destruction.

According to neuroscientist Antonio Damasio, the origin of consciousness — “the intriguing pirouette that allows the physical body to harbour mental experiences” — is often considered impossible to explain, despite the efforts of brilliant minds ranging from Sigmund Freud to Francis Crick. This intentionally short book for the general reader provides no explanation of consciousness as such, but much elegant prose to provoke thought, including ideas from biology, neuroscience, philosophy and psychology.

Organ-transplant pioneer Roy Calne draws on a long career in his brief, straightforward reflection on how to reduce cheating in science. It focuses on three accepted cases of fraud — by dermatologist William Summerlin, biologist Haruko Obokata and surgeon Paolo Macchiarini — implicating major institutions. He suggests ways to minimize misconduct, and admits that it is “immensely difficult”. He ends with advice from the Buddha: “Believe nothing, even if I have said it, unless it agrees with your own reason and common sense.”

“Go to the city/See the crazy people there./Like lambs to the slaughter,/They’re drinking the water,/And breathing [cough] the air!” sang Tom Lehrer in ‘Pollution’ in 1965. The concept of sustainable development was pioneered in a 1972 report. Half a century on, drastic change is still needed, warn urban ecologists Stephen Wheeler and Christina Rosen in their enlightening survey of today’s cities. They offer practical, if challenging, strategies for promoting “ecological health, social equity, quality of life, cooperation and compassion”.

The intense media focus on climate change makes this meditation on the cultural significance of temperature coolly topical. Nicole Starosielski’s background is in media, culture and communication; despite references to science and technologies such as thermostats and infrared cameras, she mainly considers heat’s social effects. She cites the Ford Motor Company’s history of giving the hot, dangerous jobs in its foundry to Black workers, which reinforced racial stereotypes about suitability for certain types of labour.

The author declares no competing interests.

Why I swapped the piano for pipettes

How pirouettes and pliés prepared me for a research career

Collaborations with artists go beyond communicating the science

Why I swapped the piano for pipettes