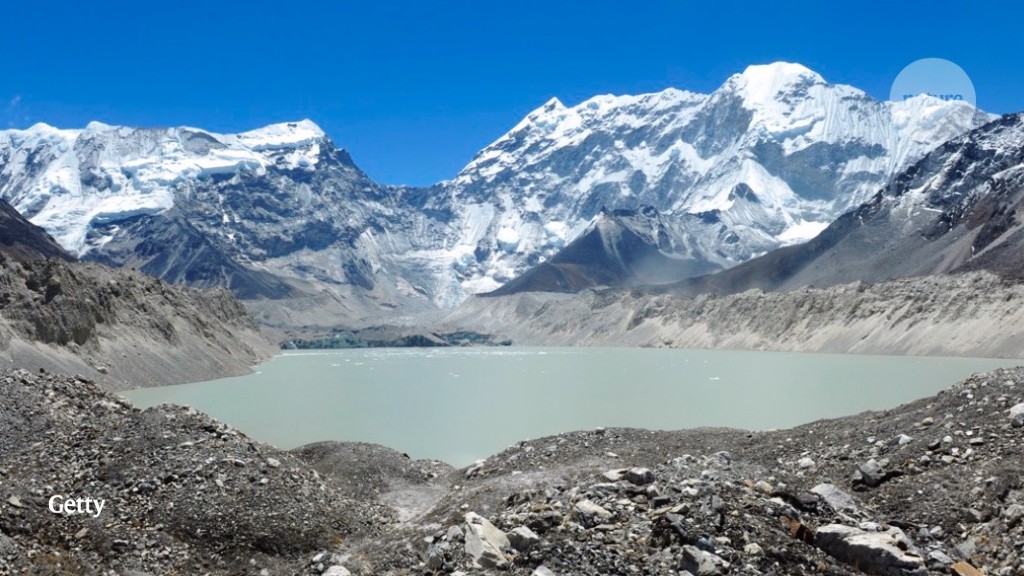 As glaciers melt in response to rising global temperatures, their waters are engorging nearby lakes. Now scientists estimate that the volume of Earth’s glacial lakes has grown by nearly 50% in the past three decades.

Dan Shugar at the University of Calgary in Canada and his colleagues analysed more than 250,000 images taken by the Landsat satellites. The scientists used a model that maps the outlines of all of the world’s lakes that are next to glaciers, but excluded those in Antarctica. The researchers then calculated how much water was stored in these lakes.

Between 1990 and 2018, the number of glacial lakes rose from 9,414 to 14,394. The lakes’ total surface area increased by 51%, and their volume by 48%. The extra water would fill more than 20 million Olympic swimming pools. Lake volumes increased most at high latitudes.

Bigger lakes pose greater hazards to mountain communities, because the water is often loosely dammed by glacier debris and can suddenly burst through, causing catastrophic flooding. If all of the water contained in these glacial lakes were to reach the ocean, it would increase global sea level by 0.43 millimetres.