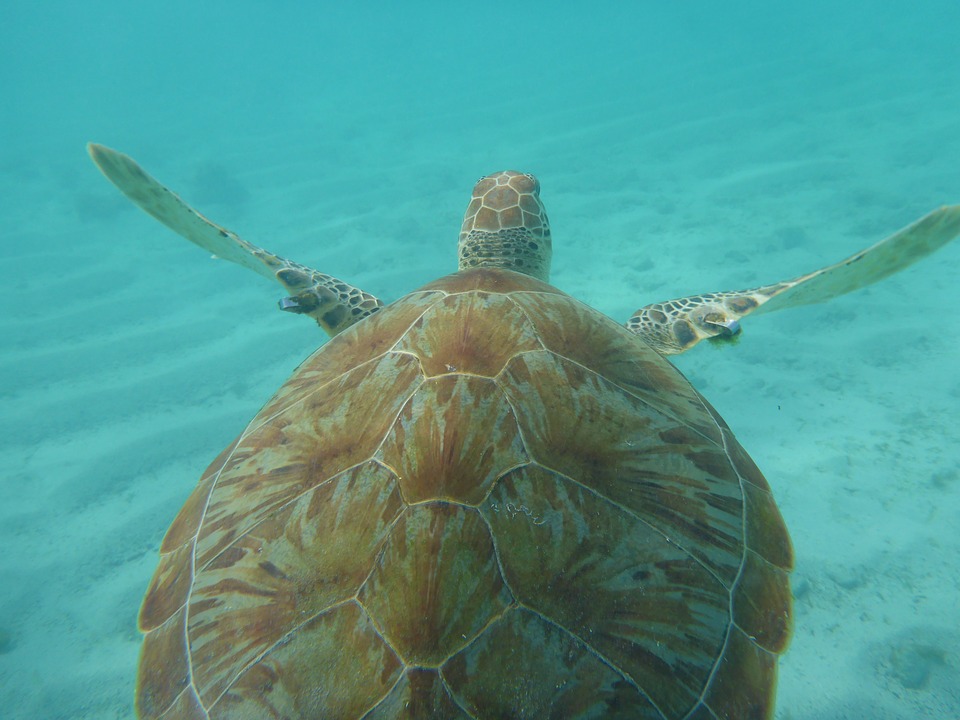 Scientists recently found one primary reason why sea turtles get attracted to plastic and eat them– plastic smells like food. This ocean plastic debris and garbage that are covered with marine organisms such as algae are delicious-smelling to marine turtles.

We know that plastic is deadly to turtles that ingest it. Because of unbridled human consumption and waste, plastic can now be found over most of the oceans. The consequences for turtles are significant: at the minimum, a thousand turtles die because of it each year. They get tangled in the plastic and eat them, and the results are disastrous.

This phenomenon led scientists to ask why turtles have such a lot of fatal and dangerous encounters with plastic. Plastics are not food, but scientists believe that the turtles think they are jellyfish, which is part of some marine turtles’ diets.

In a recent study by Joseph Pfaller and colleagues, entitled “Odors from marine plastic debris elicit foraging behavior in sea turtles” and published in Current Biology, the researchers discovered that turtles found the plastic attractive because of how they smell. In the study, 15 captive-reared loggerhead marine turtles were experimentally exposed to various odors. The response of the turtles to the smells was recorded and analyzed.

In particular, turtles were presented with turtle food, clean plastic, distilled water, and bio-fouled plastic. The latter is plastic debris that has been “colonized” or “invaded” by various marine organisms. Bio-fouled plastic is common on beaches and in the oceans and seas. The turtles’ responses to the smells of each of these materials were noted.

The University of North Carolina at Chapel Hill Ph.D. biology student Kayla Goforth disclosed that marine organisms and algae attach to bio-fouled plastic “pretty quickly.” She added that plastic water bottles or other plastic garbage left lying around on the beach can easily get covered by these organisms, even for as short as one week. Now, once it is bio-fouled and is drifting in the ocean, it smells like food to turtles. That is why they find it so appetizing, said Goforth.

This conclusion came about because the reseachers’ experimental loggerhead turtles had the same response to both normal food and bio-fouled plastic. It is known that marine turtles can detect odors in the air. The researchers added that when an odor catches the interest of marine turtles, they will spend more time on the water surface and keep their nostrils above the water. The scientists then observed that the animals had their nostrils above the water for a longer period when they smelled both the bio-fouled plastic as well as food.

The proponents of the study speculate that the tasty smell that the turtles detect is dimethyl sulfide. This compound has been known to be detectable by turtles, some fishes, and seabirds. Its smell serves as a cue for feeding. Thus, we should be more conscientious in reducing the amount of plastic we produce and throw away, for once that plastic bottle we carelessly disposed of becomes bio-fouled, it is liable to kill a helpless marine turtle.