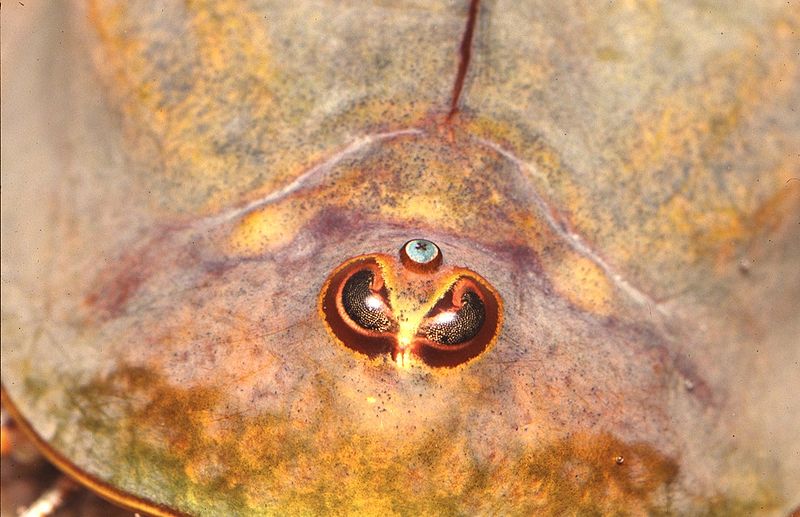 According to officials at Wupatki National Monument, hundreds of strange, prehistoric-looking dinosaur shrimps hatched from small eggs and began swimming around a makeshift lake on the desert terrain during a severe summer rainstorm in northern Arizona.

Triops, which are the size of tadpoles, “look like little mini-horseshoe crabs with three eyes,” according to Lauren Carter, lead interpretive ranger at Wupatki National Monument.

According to Central Michigan University, their eggs can remain dormant in the desert for decades until enough rain falls to form lakes that offer real estate and time for the hatchlings to grow and produce eggs for the next generation. 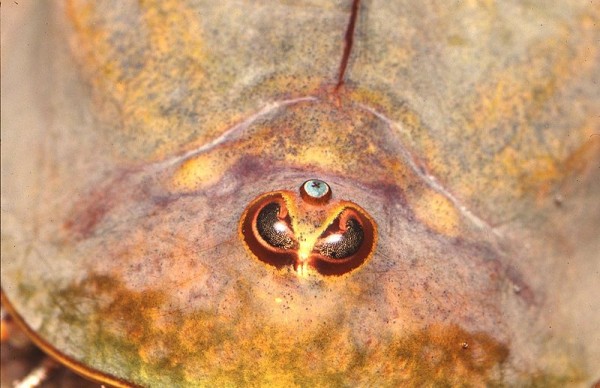 Tourists reported sighting triops at a temporary, rain-filled pool within the monument’s ceremonial ball court – a circular walled structure 105 feet (32 meters) wide – and the monument’s officials had no idea what to make of the creatures.

“We knew there was water in the ball court after the rain in late July,” Carter recalled, “but we weren’t anticipating anything live in it.” “Then a guest came up to me and said, ‘Hey, you have tadpoles in your ballcourt,'” she added.

Carter initially assumed that toads, which dwell in underground burrows during the dry season, had surfaced to lay eggs during the rainy spell. To find out more, she traveled to Wupatki’s ballcourt, created by the Indigenous people.

Related Article: Studying the Coelacanths: Ancient Human-Sized Fish Can Live Up to a Hundred Years!

Triops – Greek for “three eyes” – is sometimes referred to as “dinosaur shrimp” due to their long evolutionary history. According to Central Michigan University, the ancestors of these crustaceans evolved during the Devonian period (419 million to 359 million years ago), and their appearance has changed very little since then. (It’s worth noting that dinosaurs didn’t appear until much later, around 252 million years ago, during the Triassic period.)

Triops, on the other hand, aren’t exactly like their forefathers. Therefore they wouldn’t be termed “living fossils.”

“I dislike the phrase ‘living fossil’ because it implies to the public that they haven’t changed at all,” Carter explained. “They have, nevertheless, altered and evolved. It’s only that their look is very comparable to that of millions of years ago.”

According to Central Michigan University, Triops and Lepidurus are two genuses in the Triopsidae family, each with up to 12 species. Triops longicaudatus, a species found in short-lived freshwater ponds known as vernal pools in North, Central, and South America, might be the creatures discovered at the Wupatki ball court, but a scientific investigation is needed to prove them, Carter added.

According to Central Michigan University, Triops may grow up to 1.5 inches (4 cm) long after hatching, having a shield-like carapace that resembles a tiny helmet. In addition, they have two big, black-rimmed compound eyes (like those of a dragonfly or bee) and a tiny ocellus, or simple eye, between them, giving them a furious and smart appearance. According to the Amateur Entomologists’ Society, arthropods (a category that includes insects, crustaceans, and arachnids) have ocellus eyes packed with basic photoreceptors that enable these organisms to sense light.

In this example, the Triops at Wupatki National Monument were fortunate enough to experience a brief but strong rainstorm. According to Carter, Flagstaff, Arizona (roughly 30 miles or 50 kilometers south of the monument) typically receives approximately 9 inches (22.9 cm) of rain each year. Unfortunately, according to Carter, Flagstaff had its driest lowest monsoon summer on record in 2020, with only 4 inches (10.2 cm) of rain. However, the region received a deluge of rain in the final week and a half of July 2021: nearly 5 inches (12.7 cm). 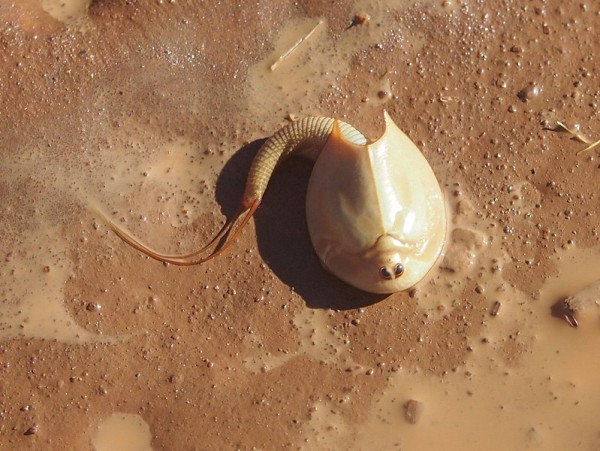 According to a life cycle description from Central Michigan University, the Triops’ eggs hatched at that period, and the tiny animals presumably began filter feeding within hours. After that, they went through numerous molts, exactly like other crustaceans, until completely developing in just over a week.

Triops may survive for up to 90 days, but Carter claimed the pond beside the ball court only lasted three to four weeks. After that, local birds took notice very quickly, with ravens and common nighthawks flying down into the lake to eat the animals, she saw.

It’s impossible to say how many Triops laid eggs before the lake dried up. To find out, Rangers would have to wait till the next monsoon.