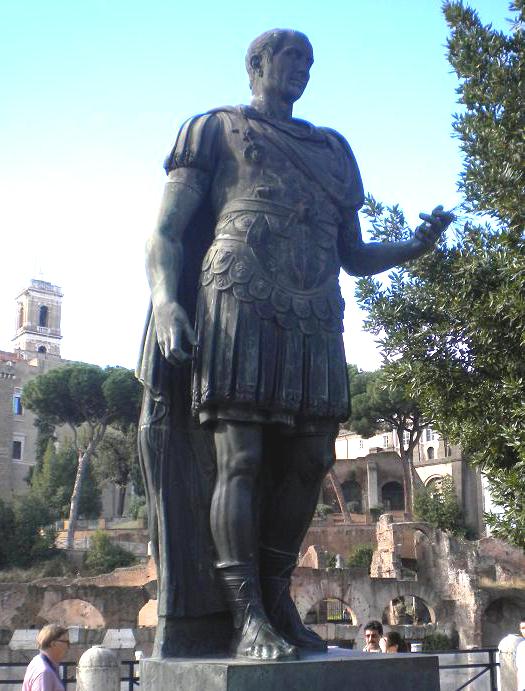 An international team of researchers has studied the role of the changing climate in ancient events that caused political unrest. Joe Manning of Yale, along with the team members, analyzed historical accounts and climate proxy records to determine the effect of global climactic changes to the momentous political events throughout the history of western civilization.

The researchers used environmental history’s natural preservers like ice cores to uncover significant evidence related to the volcanic eruption of Alaska’s Okmok in 43 BCE. They have determined that the explosion has caused drastic global climactic transitions that are strongly linked to social and political unrest that altered the course of history.

The research was published in the Proceedings of the National Academy of Sciences on June 22.

In 44 B.C.E., Julius Caesar was assassinated on the Ides of March, which resulted in a 17-year power struggle. The political challenges of this time eventually led to the rise of the Roman Empire.

On the other hand, in Egypt, Cleopatra was trying to regain the state’s foothold as a superpower in the Eastern Mediterranean. However, the country was ravaged by several catastrophes such as the Nile flood, plagues, famine, and diseases.

Based on the analysis of volcanic fallout records in six Arctic ice cores, the team discovered that the most massive volcanic eruption of the past 2,500 years in the Northern Hemisphere happened in early 43 BCE. The team found that the geochemistry of rock fragments and particles called tephra, which has been ejected by a volcanic eruption, originated from the Alaskan volcano, Okmok.

Around 43 and 42 BCE were among the coldest years in the Northern Hemisphere during the recent millennia. Climate proxy records show that these happened at the beginning of one of the coldest decades ever documented.

In addition, research shows that a volcanic eruption in a high-latitude location like Okmok in Alaska resulted in drastic changes, particularly in hydroclimate, and colder seasonal temperatures within two years, post-eruption in Mediterranean regions.

The researchers cross-analyzed their scientific results with archaeological and historical materials from this period, which portrayed eccentric climate, crop failures, diseases, famine, and social and political unrest in the Mediterranean post-eruption.

This suggests that climactic shocks and changes due to a volcanic eruption made even the most potent and highly-civilized ancient states to become extremely vulnerable. Despite being located on the other side of the earth, these sophisticated states were also susceptible to the impact of climate change.

The reign of Cleopatra during the decade of the 40s BCE was marked by famine and food insecurity. These events took place when the Nile River failed to flood. The limited rain in the region was not sufficient for agriculture to survive since the Egyptians depended heavily on the Nile River flood to water their plants and crops.

Joe Manning has determined that the annual Nile River flood did not occur in 43 BCE and 42 BCE, and the researchers concluded that the Alaskan volcanic eruption had severely impacted not just the Nile watershed but also significantly altered the climate during this era.