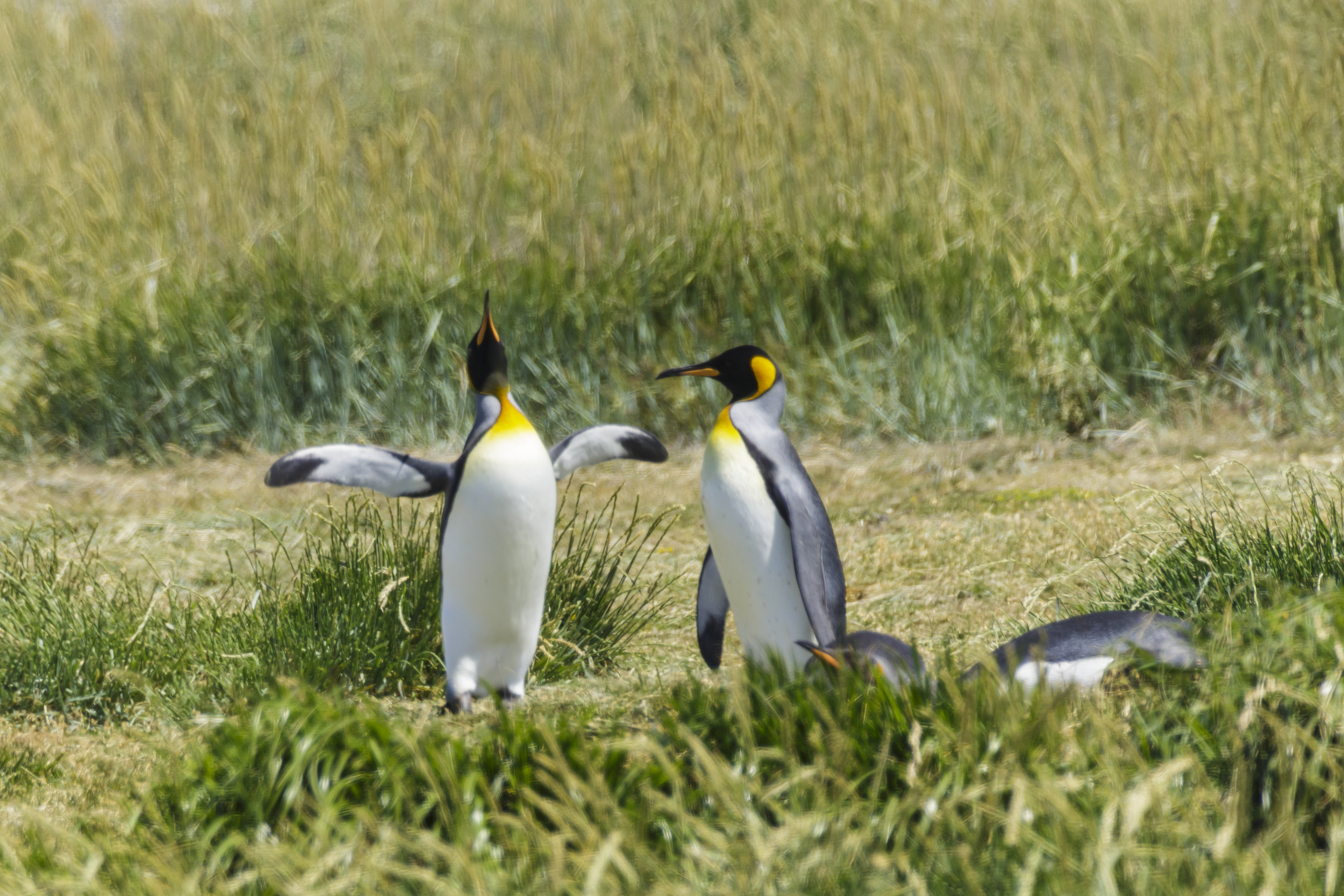 In 2017, aerial photos of Île aux Cochons, an island between Madagascar and Antarctica showed vast spaces of rocks. A few years before, king penguins (Aptenodytes patagonicus) stand flipper to flipper on the same island with an estimated crowd of some 500,000 pairs of nesting king penguin and their chicks. It appears that 90 percent of the penguins unexpectedly disappeared without a trace from their home. Researchers Henri Weimerskirch and ecologist Charles Bost of French national research agency CNRS traveled to the island to investigate.

In November 2019, the research team arrived in Île aux Cochons to investigate the massive disappearance. It was in the middle of king penguin nesting season. King penguins, with an estimated population of 3.2 million birds in the Arctic Region are not in immediate danger of extinction. However, the loss of a healthy species indicates broader threats, which flags the rapid dwindling of penguins on Île aux Cochons as alarming.

During the breeding season, king penguins take turns incubating the eggs for periods of about 1 1/2 weeks each, while the other hunts for food. The adult guarding the egg does not feed during their shift. Food hunting can cover around 500 kilometers or more, based on the electronic tags attached to the birds.

In the five days of the expedition, researchers were able to attach tags to 10 penguins to be able to track changes in foraging trips which might have caused the loss. Traps, cameras, and night vision optics were set-up to look for cats and mice, known to eat seabirds and chicks. Blood samples were also taken to screen for disease. Feathers and bone were collected and dug in the hopes of providing ecological clues and dietary changes.

What happened to the birds?

Several data still needs to be reviewed and analyzed. But researchers were able to rule out possible explanations for the massive penguin decline.

Examinations of chicks and adult penguins, as well as excavated bone, did not show signs of cat or mouse bites. Also, there were no attacks recorded on camera.

There was no evidence that the penguins relocated to another area. The team sighted a smaller colony on the island but had just an estimated 17,000 pairs. Such a figure could still not explain the massive drop in population.

The team is still waiting on final blood analyses results but they noted a few ailing or fresh corpses. The birds looked healthy.

Instead, the research team suspects that the penguins were forced to swim farther for food because of changes in the surrounding ocean. Previous studies suggest that other king penguin colonies from Île aux Cochons normally swim towards the polar front or Antarctic convergence. Many sea creatures gather at such thermal edges especially lanternfish, the bird’s main prey.

In some years, a phenomenon known as El Niño-Southern Oscillation and the Subtropical Indian Ocean Dipole cause ocean waters in the region to warm causing the polar front to move south, much farther from Île aux Cochons. The long foraging trip might have forced the parent back at the colony to look for food, leaving the chicks vulnerable to predators and starvation. The long swim also makes the adult penguin prone to deadly stress and predation.

The study on king penguins in 2015 revealed that tagged penguins traveled hundreds of kilometers farther in the years when the polar front moved south. The breeding population experienced a 34 percent decline during the said phenomenon. Should such a trend continue, the researchers predict that by the end of the century, warming seas and other environmental changes could reduce the king penguin numbers to half.

It is not clear whether the same scenario would explain the Île aux Cochons crash. The data from the tags may provide new answers. Should the tag data might also reveal a longer foraging trend, then it would suggest that the impacts of climate change are accurate.