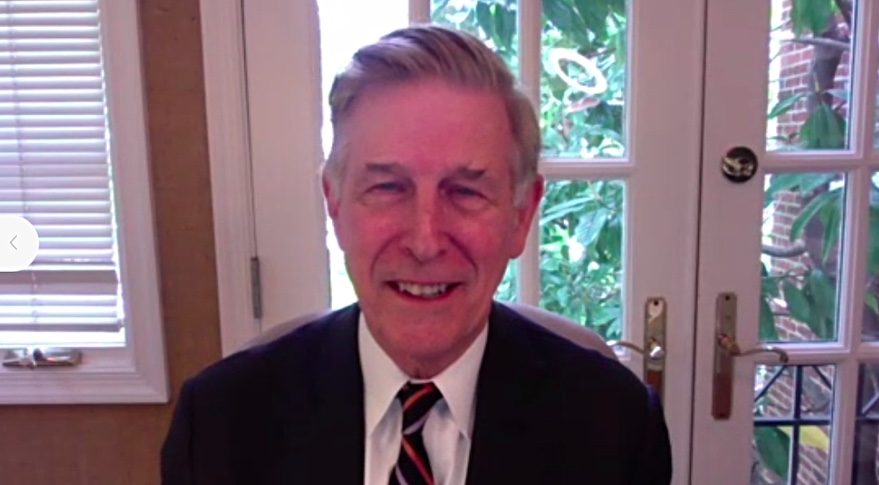 WASHINGTON — The chairman of the House space subcommittee says he is working to secure funding for NASA as part of what could be a multitrillion-dollar infrastructure package proposed by the White House.

Speaking at a Washington Space Business Roundtable webinar April 28, Rep. Don Beyer (D-Va.), named earlier this year to lead the House Science Committee’s subcommittee on space and aeronautics, said he is working with both the White House and members of Congress to see that NASA gets funding as part of any infrastructure bill that Congress takes up in the coming weeks.

The White House proposed March 31 an infrastructure package called the American Jobs Plan, valued at $2.3 trillion. The proposal would fund a wide range of infrastructure projects, but offered few specifics about how funds would be appropriated among various agencies, like NASA.

He said he was talking with both the White House and Rep. Peter DeFazio (D-Ore.), chairman of the House Transportation and Infrastructure Committee, which is drafting a bill to implement that plan, “to make sure that, as they move forward with an infrastructure plan, NASA is very much included.”

There is no guarantee that Congress will pass a package like that proposed by the White House. An alternative Republican proposal would be far narrower, offering $600 billion primarily for traditional infrastructure programs like roads and bridges. “I don’t know where it will end up, but certainly not $600 billion,” he said. “So there’s room in there for a significant NASA component. That could be separate, and prior to, the NASA budget for the year.”

A NASA share of that infrastructure package is just one priority Beyer said he has for his subcommittee. “We have a very robust hearing agenda this year and next,” he said, with topics ranging from NASA’s Artemis program to space situational awareness to STEM education initiatives. The subcommittee’s first space-related hearing of this Congress is April 29, about NASA’s Mars Perseverance rover and Mars Sample Return program.

On Artemis, he said he’s awaiting NASA’s ongoing review of the program and its ability to maintain the 2024 goal for returning humans to the lunar surface. “It won’t break my heart if it’s not 2024. That always seemed to be a stretch to begin with,” he said. “We’re eager to have them come back and say, here’s what’s plausible, here’s the money that we need to make it happen.” He said expected his committee to hold a hearing on the issue in June or July.

He added he did not share the concern expressed by the chair of the full committee, Rep. Eddie Bernice Johnson (D-Texas), about the Human Landing System award to SpaceX. In an April 16 statement, Johnson said she was “disappointed” that NASA made an award with acting leadership in place and “despite the obvious need for a re-baselining of NASA’s lunar exploration program, which has no realistic chance of returning U.S. astronauts to the moon by 2024.”

Beyer said Nelson’s backing of the HLS procurement during his Senate confirmation hearing April 21 reassured him. “Bill later said he’s fine with the way the process went, so my concern is less,” he said.

He added he was not worried by the protests filed by Blue Origin and Dynetics, the two losing bidders on the HLS program. “I expected them to come. They’re a normal part of life in Washington,” he said. “The authorities will sort through it and we will move on.”

Another priority, he said, will be orbital debris and space traffic management. “We absolutely have a leadership role there,” he said. He endorsed moving civil space traffic management activities from the Defense Department to a civilian agency, although he suggested that agency should be NASA, rather than the Department of Commerce as outlined in Space Policy Directive 3 in 2018. “My basic reading of the committee is that is likely best a NASA responsibility.”

Beyer also said he wants to pass a NASA authorization act, which he said is overdue. The last such authorization was enacted four years ago. “It’s past due,” he said.