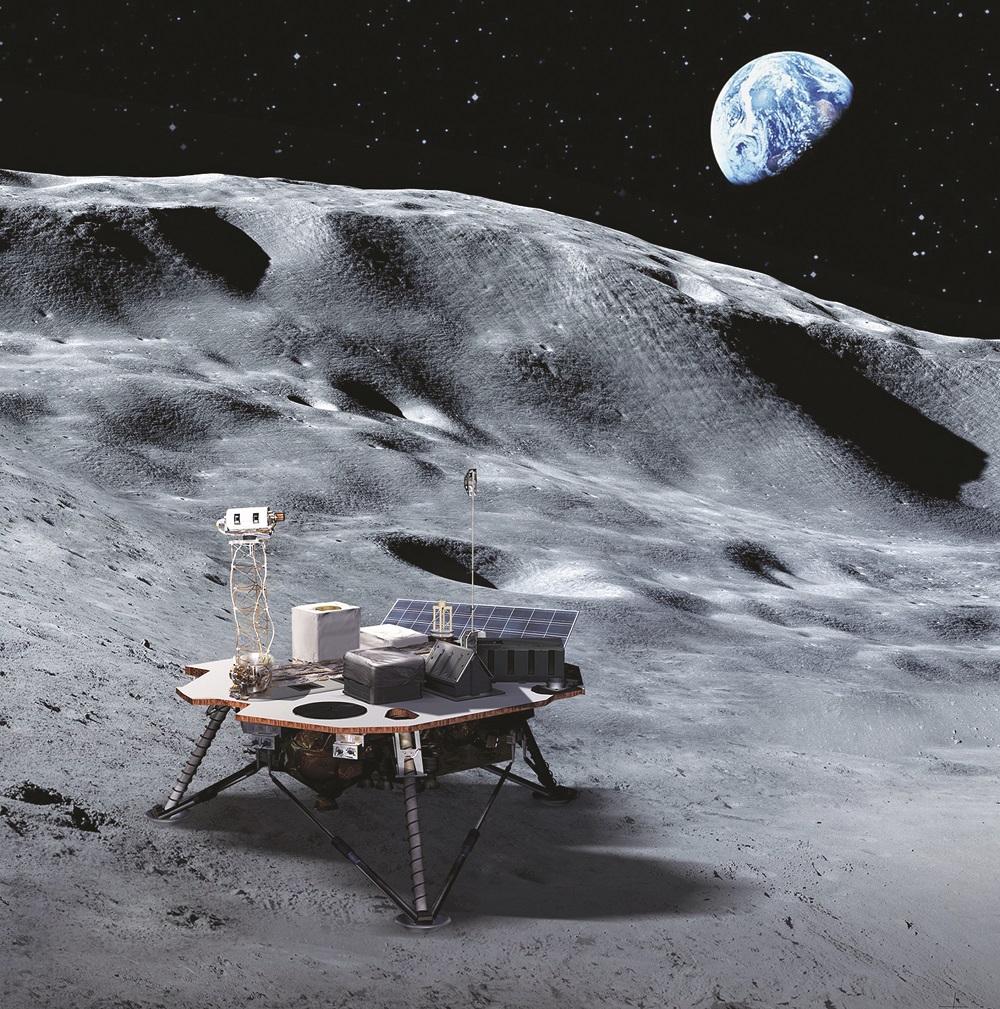 Gen. DT Thompson: There are no plans today to send Space Force units into space.

WASHINGTON — Since the U.S. Space Force was established in December 2019, officials have had to dispel misconceptions that the service will have a human spaceflight program and deploy troops to the moon.

At least for the foreseeable future, any member of the Space Force who wants to go to space has to compete for a slot in NASA’s astronaut corps. Will there be a time when the Space Force will deploy large numbers of boots on the moon? “No idea,” Gen. David D. Thompson, vice chief of space operations of the U.S. Space Force, said Oct. 1. “Certainly not in my career.”

But the Space Force has to prepare for the possibility of more human activity on the moon and colonization of the lunar region which could require a military presence, Thompson said during an online event hosted by DefenseOne.

There shouldn’t be any near-term expectations that “we’re preparing to send Space Force units into space in any way other than through the NASA astronaut program,” Thompson said.

Thompson echoed remarks made on Tuesday by Maj. Gen. John Shaw, commander of space operations at Vandenberg Air Force Base, California. At the AFWERX “EngageSpace” conference, Shaw said the Space Force one day might send personnel to stand up bases on the moon, although when that might happen is “anybody’s guess” and “a long ways off.”

Shaw’s comments caused some irritation in Washington because they fuel speculation that the Space Force is not being forthright about its plans and goals.

This rhetoric “is not helping concerns about U.S. intentions in space,” Victoria Samson, of the Secure World Foundation, tweeted Sept. 30

The head of the U.S. Space Force Gen. John Raymond has insisted that the service wants to help prevent, not start, wars.

U.S. Space Command spokesman Maj. Cody Chiles said Shaw was not suggesting that the Space Force is planning to stand up a human spaceflight program. He said Shaw sees the Space Force’s role in support of NASA’s peaceful human exploration of space.

The Space Force will be working with NASA as the space agency starts deploying assets to cislunar space. “Today, military space activities do not extend farther than our highest-orbiting satellites. However, commercial investments and new technologies have the potential to expand the reach of vital national space interests to cislunar and beyond,” Chiles said. “It is the responsibility of U.S. Space Force to maintain U.S. advantages in space. If and when that extends beyond the GEO belt, we will go beyond as needed.”

Lt. Gen. William Liquori, deputy chief of space operations for strategy, plans, programs, requirements and analysis, said the Space Force will be “part of the conversation” on how the nation’s space assets are protected in future exploration efforts.

“Our mission is focused where the United States operates in space and so that tends to be in the area below the moon,” Liquori said Oct. 1 on a video chat hosted by WorldBoston World Affairs Council.

“Obviously our partners in NASA have outer space probes that go well beyond that, and our responsibility as the United States Space Force is to protect U.S. and allied advantages and systems in space,” said Liquori. “If at some point in the future we need to move beyond where we typically operate today then we’ll certainly be a part of that conversation.”