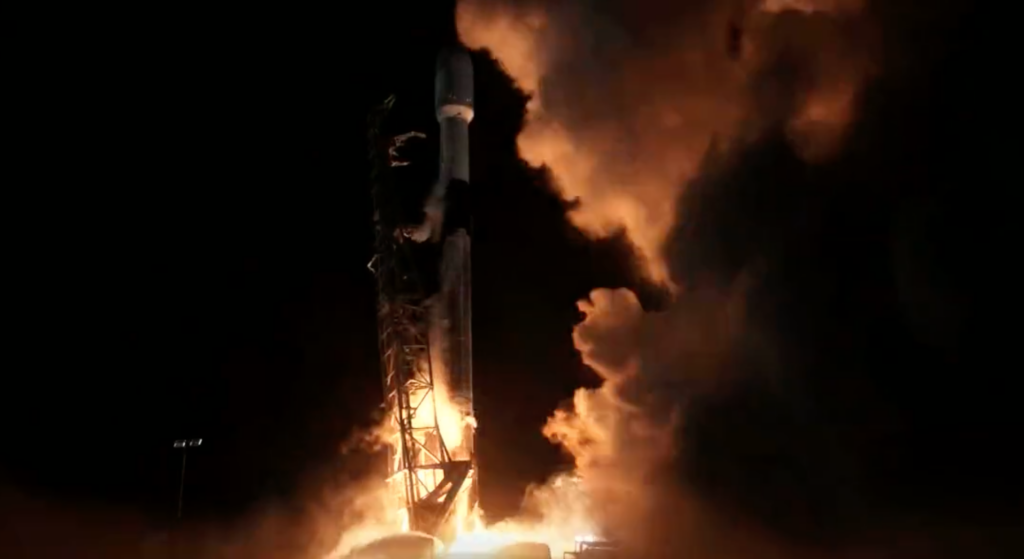 TAMPA, Fla. — SpaceX deployed 48 more satellites for its Starlink broadband constellation Dec. 2, along with two remote sensing spacecraft for BlackSky in a mission that breaks the record for Falcon 9 launches in a calendar year.

All satellites successfully separated from the Falcon 9 in low Earth orbit, according to SpaceX, after lifting off 6:12 p.m. Eastern from the Space Launch Complex 40 in Cape Canaveral, Florida.

After completing its mission, the Falcon 9’s reusable first stage successfully performed its ninth landing as it touched down on a drone ship in the Atlantic Ocean.

This marks SpaceX’s 27th Falcon 9 mission so far this year, beating the previous record of 26 that the company set in 2020.

Many of the Falcon 9 missions in 2021 have carried payloads for Starlink, and SpaceX has now launched more than 1,890 satellites for the broadband network as it builds out global coverage.

However, pandemic-related supply chain issues have been delaying the roll out of Starlink user terminals, which SpaceX has been heavily subsidizing to encourage adoption.

The Federal Communications Commission approved a new Starlink antenna Nov. 10 that SpaceX has said would be cheaper to make.

SpaceX is investing “massive capital” to be able to produce several million end-user terminals per year, according to an email from SpaceX founder Elon Musk to employees that was obtained by SpaceNews, and first reported by SpaceExplored.com.

But those terminals will depend on the additional bandwidth that Starlink’s second-generation Starlink satellites will provide, Musk added.

The email warned employees that SpaceX risked bankruptcy if the company did not increase production of Raptor engines that power the Starship vehicle the company is developing, which Musk said will be critical for deploying Starlink’s second-generation network.

“Satellite V1 by itself is financially weak, whereas V2 is strong,” he wrote.