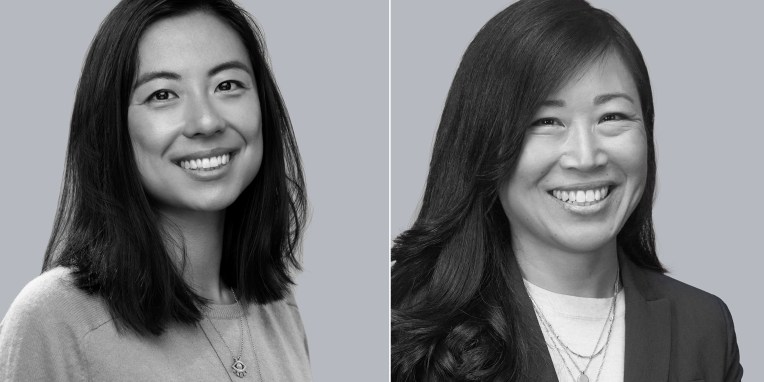 EQT Ventures, an investment firm based in Europe, which has raised over €1.2 billion ($1.4B USD) announced that it has promoted Laura Yao to partner. At the same time, the firm announced it recently hired Anne Raimondi, former SVP of Operations at Zendesk as operating partner.

The company is based in Stockholm with offices in London, Berlin, Paris, Amsterdam and Luxembourg. Yao is based in the U.S. office in San Francisco, where she has been working for three years prior to her recent promotion to partner. She says that the company tends to hire people with operator experience because they relate well to the founders of startups they invest in.

“Our goal is to partner with the most ambitious and boldest founders in Europe and the US and kind of be the investors that we all wish we’d had when we were on the other side of the table,” Yao told me.

Yao’s background includes co-founding a startup called The PhenomList in 2011. While she is responsible for looking for new investments, Raimondi works with the existing portfolio of companies, particularly B2B SaaS companies, helping them with practical aspects of building a startup like go-to-market strategy, organizational design, hiring executives and other components of company building.

“I joined earlier this year as an operating partner, so I’m not on the investing side but actually focused on working with existing portfolio company founders as they grow and scale,” Raimondi said.

Unfortunately, female partners like Yao and Raimondi remain a rarity in most venture firms with a Crunchbase report from last April finding that just 3% of investors are women, and that over two-thirds of firms don’t have a single woman as a partner.

EQT has a 50/50 male to female employee ratio, although the partners were all male until Yao was promoted and Raimondi hired. That makes two of 6 as the company attempts to make the investment team reflect the rest of the company and the population at large.

Part of Raimondi’s job is talking to startups about building diverse and equitable organizations and she and Yao know the company needs to model that. She says that thriving startups understand on the product side that to build a successful product, they start with a hypothesis, then develop targets and metrics to test, learn, and then iterate.

She says that they need to do the same thing to build a diverse and inclusive company. That starts with defining what diversity and inclusion looks like and setting up metrics to measure their progress.

“You evaluate [your diversity goals] and hold [the company] accountable to what you’ve signed up for. If you don’t meet them, [you look at] what can you do to improve them. Then you look at how you keep iterating, and then constantly measuring the employee experience across many dimensions, including not only diversity, but the important part of belonging,” Raimondi said.

Both women say their company does a good job at this, and their hiring/promotion proves that. Yao says that the organization as a whole has created a comfortable and inclusive culture. “It’s very collaborative and egalitarian. Anyone can say whatever’s on their mind. It’s very non-hierarchical and a comfortable place for a woman to work. I felt immediately welcomed and that my ideas were welcome immediately,” she said.

The company portfolio includes startups in the US and Europe and the firm sees itself as a bridge between the two locations. Among the companies EQT has invested in include bug bounty startup HackerOne, website building technology Netlify, and quantum computing startup Seeqc.